Kylie Jenner is Forbes’ highest-paid celebrity of 2020, Buhari approves reopening of borders, Cavani charged for Instagram post. Stay in the know with our Rave News Digest which summarizes five of the hottest global news you need to catch up on, saving you time and energy. Consider it your daily news fix.

1. Kylie Jenner and Kanye West are Forbes’ highest-paid celebrities of 2020

Kylie Jenner has officially been named Forbes’ highest-paid celebrity of 2020, earning a whopping $590 million USD this year. Trailing the 23-year-old by over $400 million USD is her brother-in-law and artist/fashion designer Kanye West, who took home $170 million USD.

Just behind Kylie Jenner and Kanye West at Numbers 3, 4, and 5 on the Forbes’ highest-paid celebrities list are a trio of the biggest sports figures. Tennis champion Roger Federer took home $106.3 million USD and is the first tennis player on this year’s list, while Cristiano Ronaldo earned $105 million USD to become the first team player to rack in $1 billion USD in his career. Barcelona’s Lionel Messi follows suit with $104 million USD. Other sports icons joining the top 10 are Neymar at No. 7 with $95.5 million USD and LeBron James at No. 9 with $88.2 million USD. 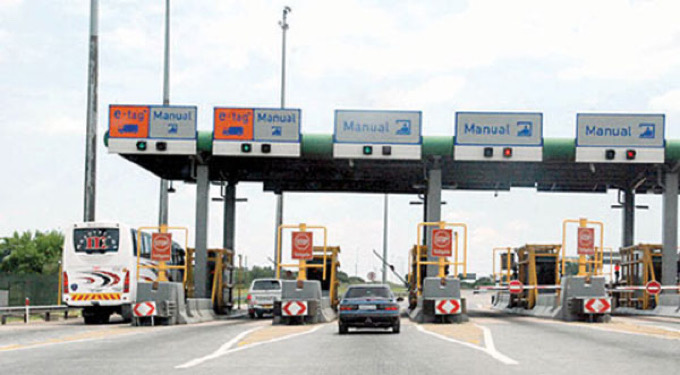 Nigeria’s finance minister, Zainab Ahmed, made this disclosure at the end of Wednesday’s Federal Executive Council (FEC) meeting. While the four borders are to be immediately reopened, “the ban on importation of rice, poultry, and other banned products still subsists and will be implemented by border patrol team,” Mrs. Ahmed said.

While Wednesday marked a public holiday in the republic, it was also a dark day in relation to COVID-19 cases. Health Minister Zweli Mkhize, in a late-night statement, said that the country surpassed 10,000 new cases which may warrant engagements for further lockdown restrictions.

Not only has South Africa breached the 10,000 mark for new COVID-19 cases but according to Mkhize, the daily cases are growing “exponentially.” The positivity rate is also sitting at 21% and this far exceeds the ideal positivity rate of 10%. Because of this new development, Mkhize says the country might be facing new lockdown restrictions.

Rapper, Kwesi Arthur, has signed a deal with clothing brand Puma to create his own customized Ghana football jerseys. Taking to Instagram to share the good news with his fans, the rapper posted pictures of the black and white jersey.

He had Kwesi inscribed on the back alongside the country code 233. The jersey also has the Ghana Football Association (GFA) logo, a black star, and the Puma logo on the front. The ‘Grind Day’ hitmaker in his post stated he will be giving out some of these jerseys to his followers and fans.

Manchester United’s Edinson Cavani has been charged by the Football Association for a deleted social media post containing a Spanish phrase that is offensive in some contexts. The Uruguayan sent the message after scoring United’s winner at Southampton on 29 November.

Cavani, 33, subsequently deleted the post and apologized when the meaning that could be attached was pointed out. The striker could be banned for three games if he is found guilty. Cavani has until Monday, January 4 to provide a response to the misconduct charge which United say they will consider, but repeated their message that they are committed to the fight against racism and stressed there was no malicious intent behind the forward’s post.