Tyler Perry Is WSJ. Magazine’s Entertainment Innovator Of The Year!

The writer, director, producer, and studio head, Tyler Perry, has built an entertainment empire, including one of the industry’s largest coronavirus bubbles—making his work more impactful than ever. This has earned Tyler Perry the Entertainment Innovator as awarded by WSJ. Magazine.

In the interview for WSJ. Magazine’s November Innovators issue, Perry emotionally reflects on his journey, his legacy, and how the low points of 2020 have changed him. So much so that he’s contemplating taking his beloved Madea character out of retirement! 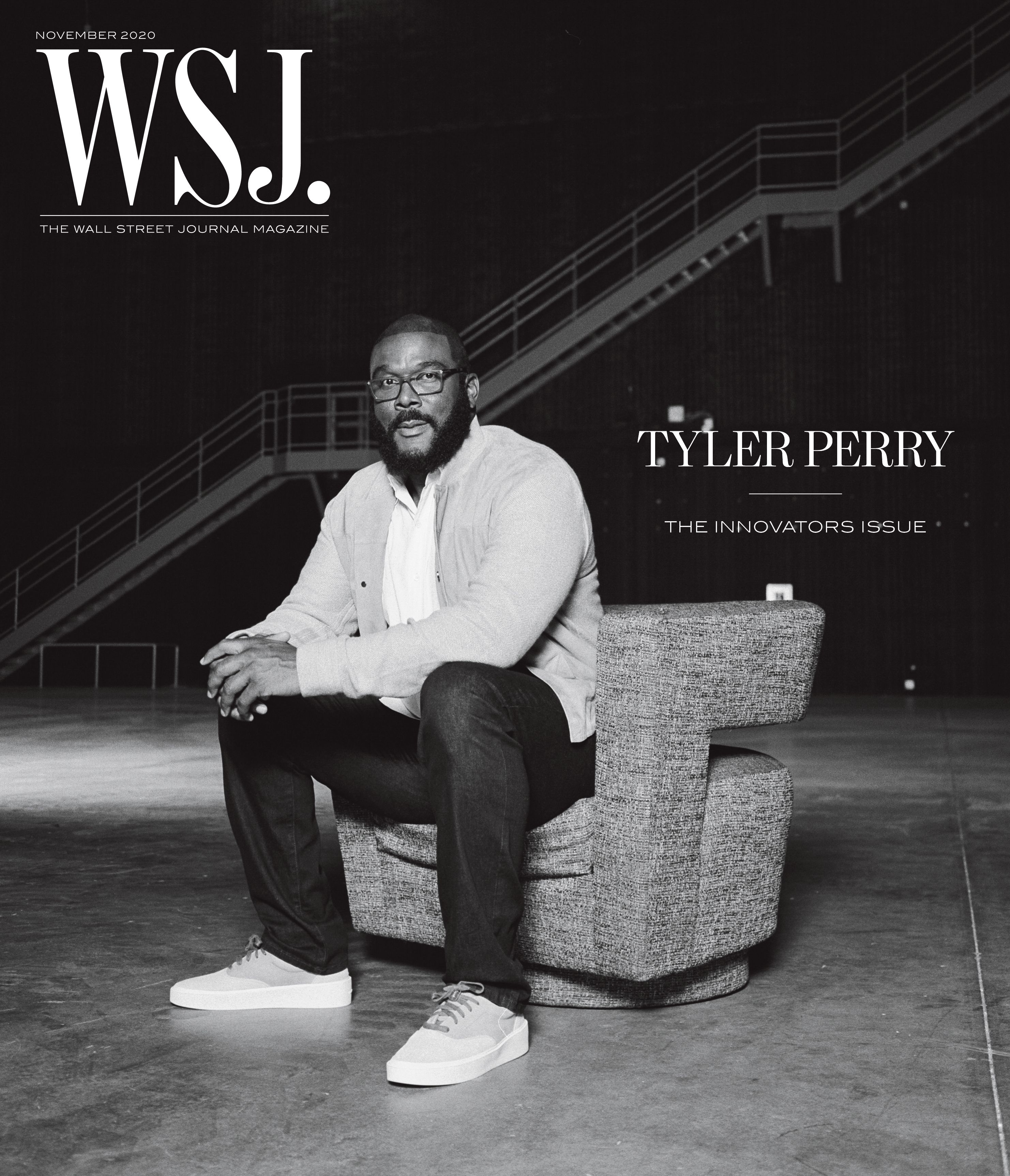 Madea’s retirement “may have been a bit premature, because I had no idea the country was going to fall into this kind of despair and darkness and anxiety. I know what this character’s meant for years: Joy. Pure, simple joy. Laughter. Good wisdom. I’d sit onstage and look out and see 10,000 people laughing and having a good time. And I think that laughter and humor are needed now more than ever.”

By all rights this should have been Tyler Perry’s best summer ever. August was particularly auspicious, given the announcement that one of the entertainment industry’s richest and most prolific multi-hyphenates (actor-writer- director-producer-mogul–studio chief) would receive the Television Academy’s 2020 Governors Award at this year’s Emmys for “his unprecedented achievements in television” and “his commitment to offering opportunities to marginalized communities.” 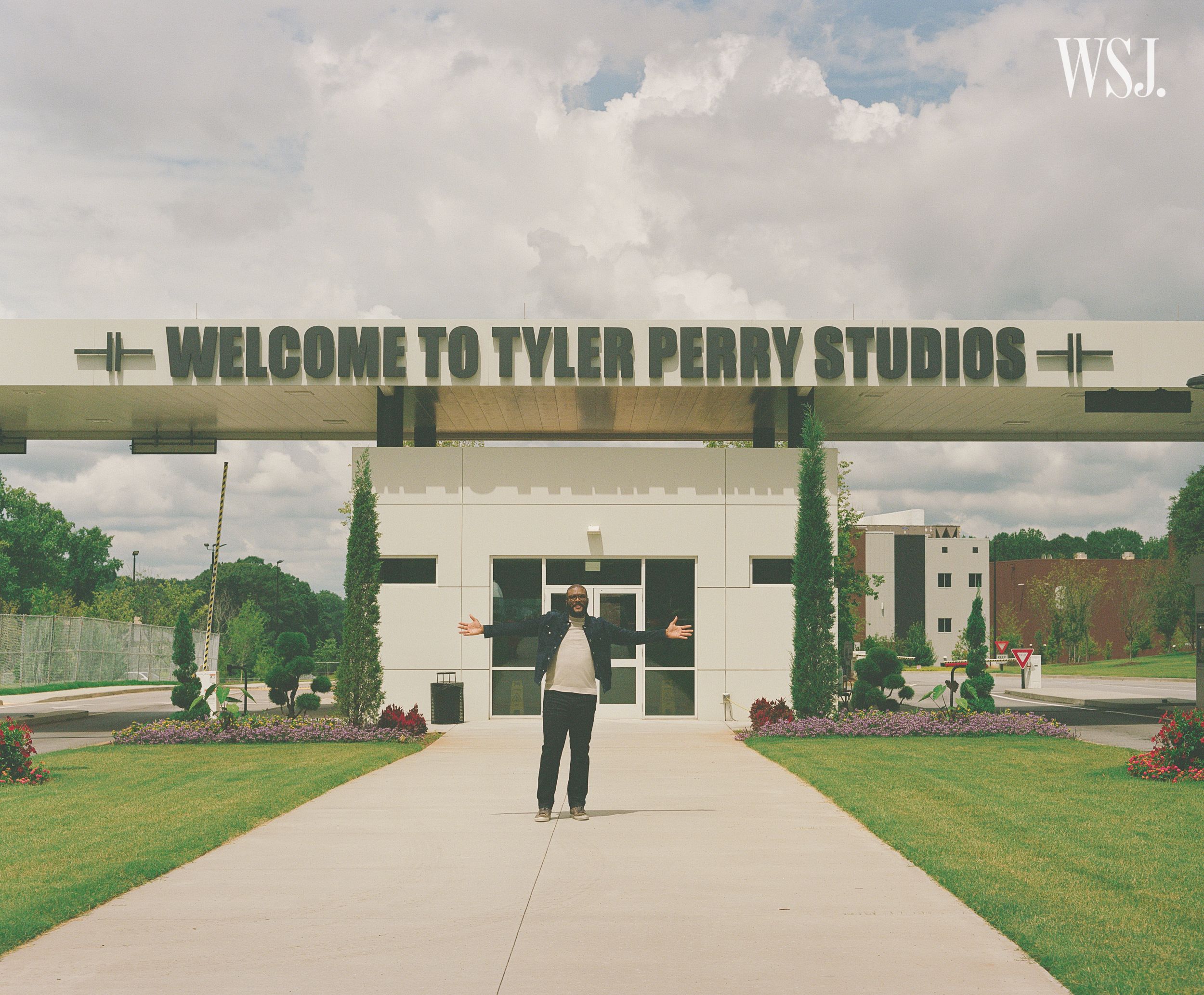 The first accolade was no surprise, given that Perry, 51, has put out 14 TV series (including House of Payne, The Oval and Sistas) to go along with his 22 movies (among them the lucrative Madea series) and 22 plays. Most of Perry’s works have been produced by his own Tyler Perry Studios, which occupies a 330-acre estate in Atlanta and is one of the country’s largest production studios.

The second citation stems from the fact that the industry’s most innovative empire is owned and operated by a Black man who employs an incredibly diverse group of people to serve a largely Black audience. His projects have generated upward of $2 billion in box office and TV revenue. By September, when Forbes declared Perry a billionaire, he had every opportunity to celebrate. He owns two private islands in the Bahamas and a 1,200-acre spread in Atlanta, where he’s building a 35,000-square- foot mega-mansion.

And yet this summer brought no revelry to “Tylerland,” as his friend Oprah Winfrey calls it. For starters, the coronavirus pandemic ground the studio to a halt in March, leaving productions in purgatory and threatening the livelihoods of 800 full-time staffers, plus the hundreds of vendors and part-timers who rely on the studio. Then came the George Floyd crisis, which both gutted and transformed Perry.

“I’ve seen a fundamental change in him since that time,” Winfrey says. “It literally changed how he emanates as a human being. His whole vibe changed.” 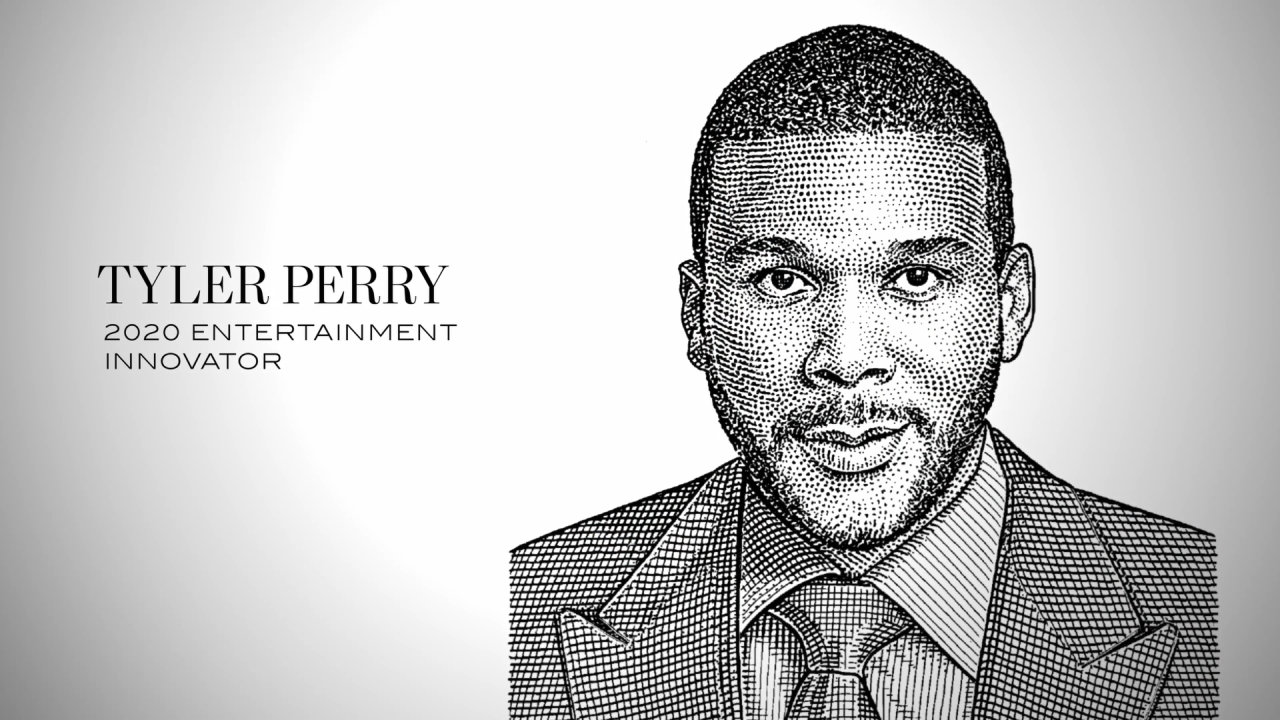 Tyler Perry was presented the Entertainment Innovator award by his friend and fellow boundary-breaker Taraji P. Henson last Wednesday, November 11th as WSJ. Magazine premiered its annual Innovator Awards in a virtual format, which marks the 10th Anniversary celebrating “A Decade of Innovation.”

Here is what Tyler Perry had to say in his WSJ. Magazine’s cover feature…

On how the low points of 2020 changed him 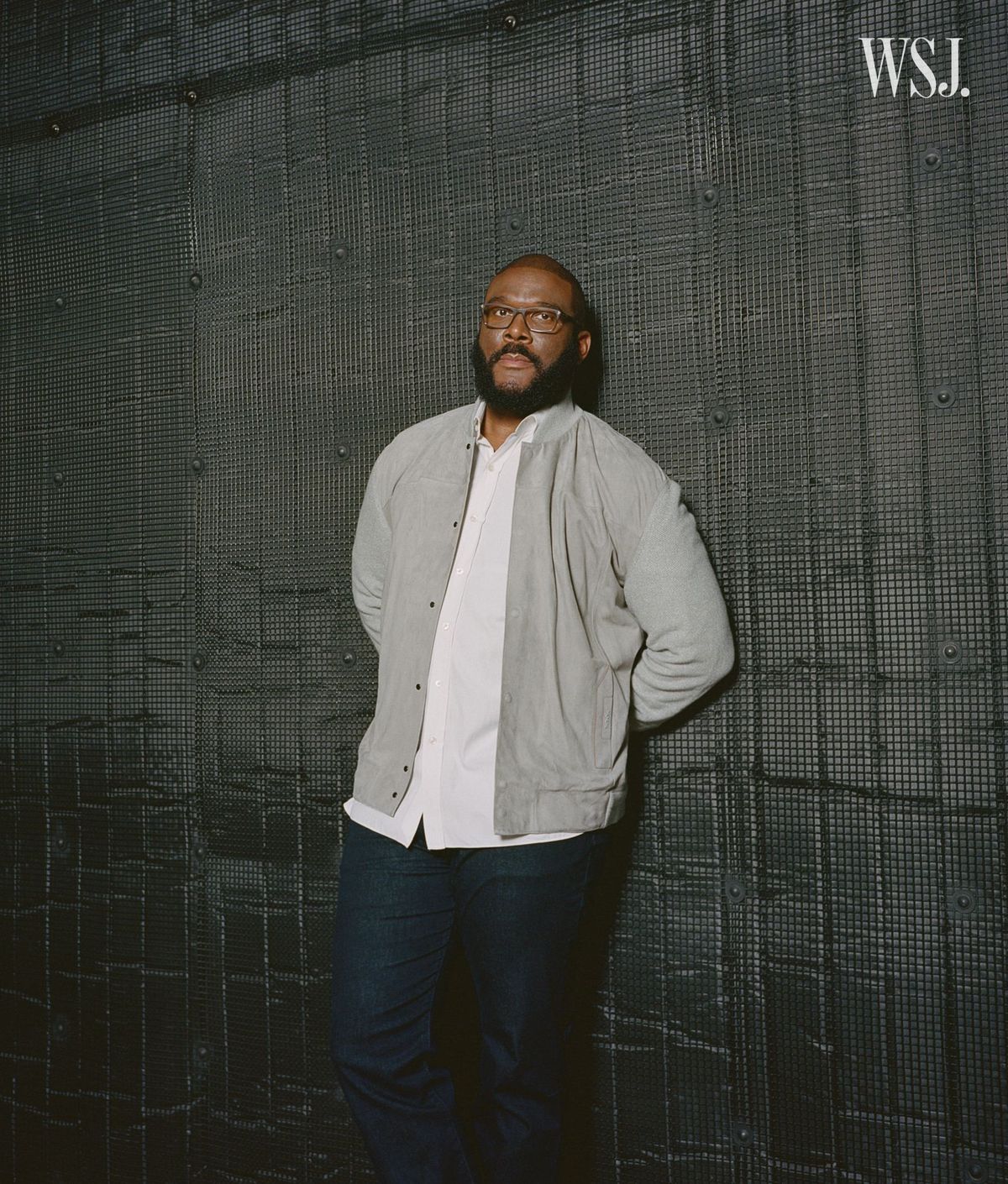 “How could it not? There’ve been plenty of low points,” Perry says, referring to the deaths of his friends Kobe Bryant and Chadwick Boseman. “And then George Floyd for sure. Watching that play out—eight minutes, 46 seconds. Add to that a pandemic, where you’re on lockdown and you could not turn away from cable news. It was definitely beginning to erode my spirit.”

On pushing back against despair with hope 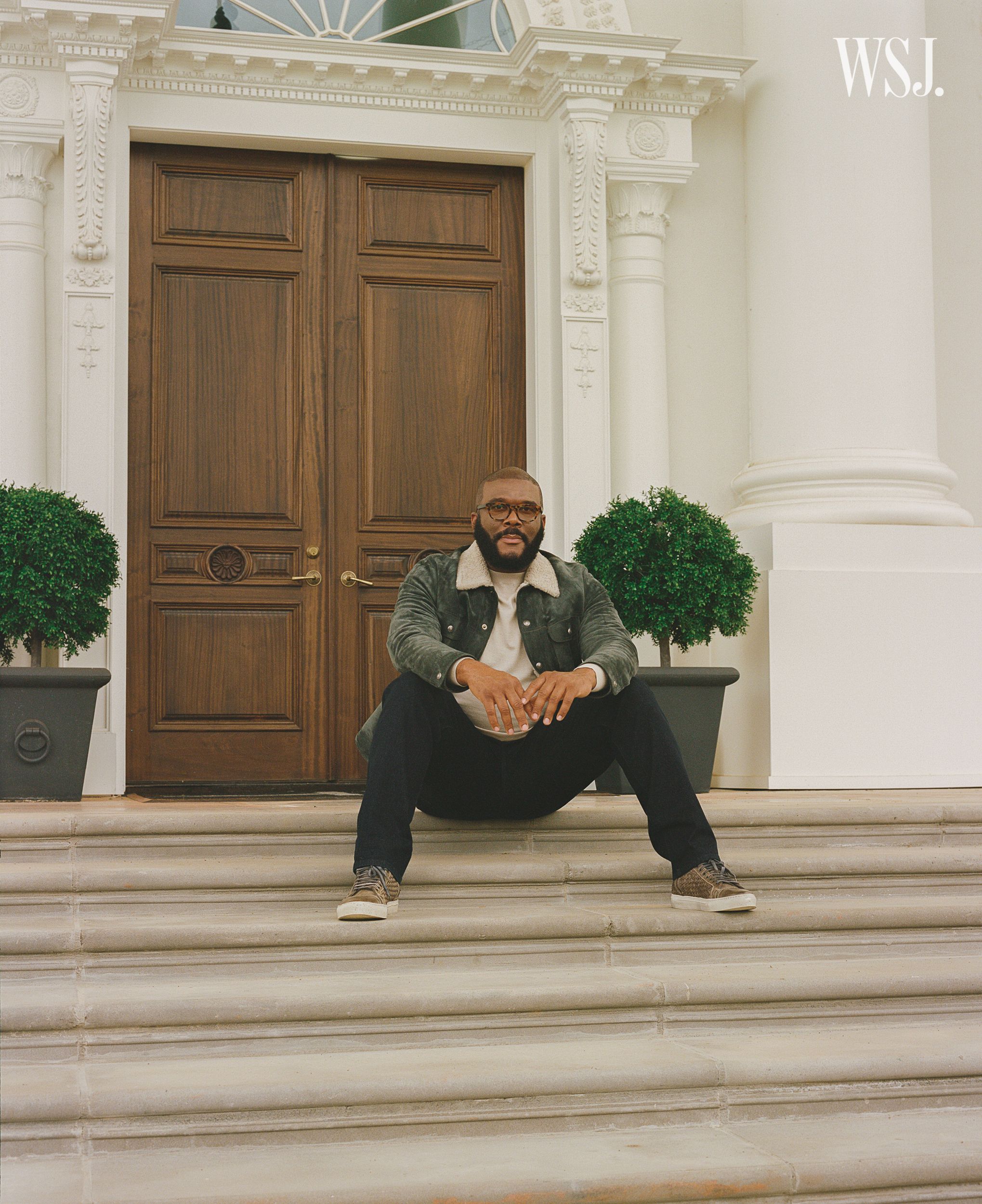 “Here’s what you have to understand,” Perry says. “I work with a lot of Black and brown people. So when you say ‘weighing heavily,’ this is our daily lives. But we have to find a way to keep going and find the strength to fight another day.” He adds: “Hope grows inside of people like me, and it’s very, very hard to kill, because from childhood we were always hoping just for something great.”

“You have to understand where I come from and what I’ve gone through,” he says. “I’ve had to have hope. So even after everything that’s going on in the world—the pandemic and the racial inequality and police brutality—I have to remain hopeful. It lives in me.” 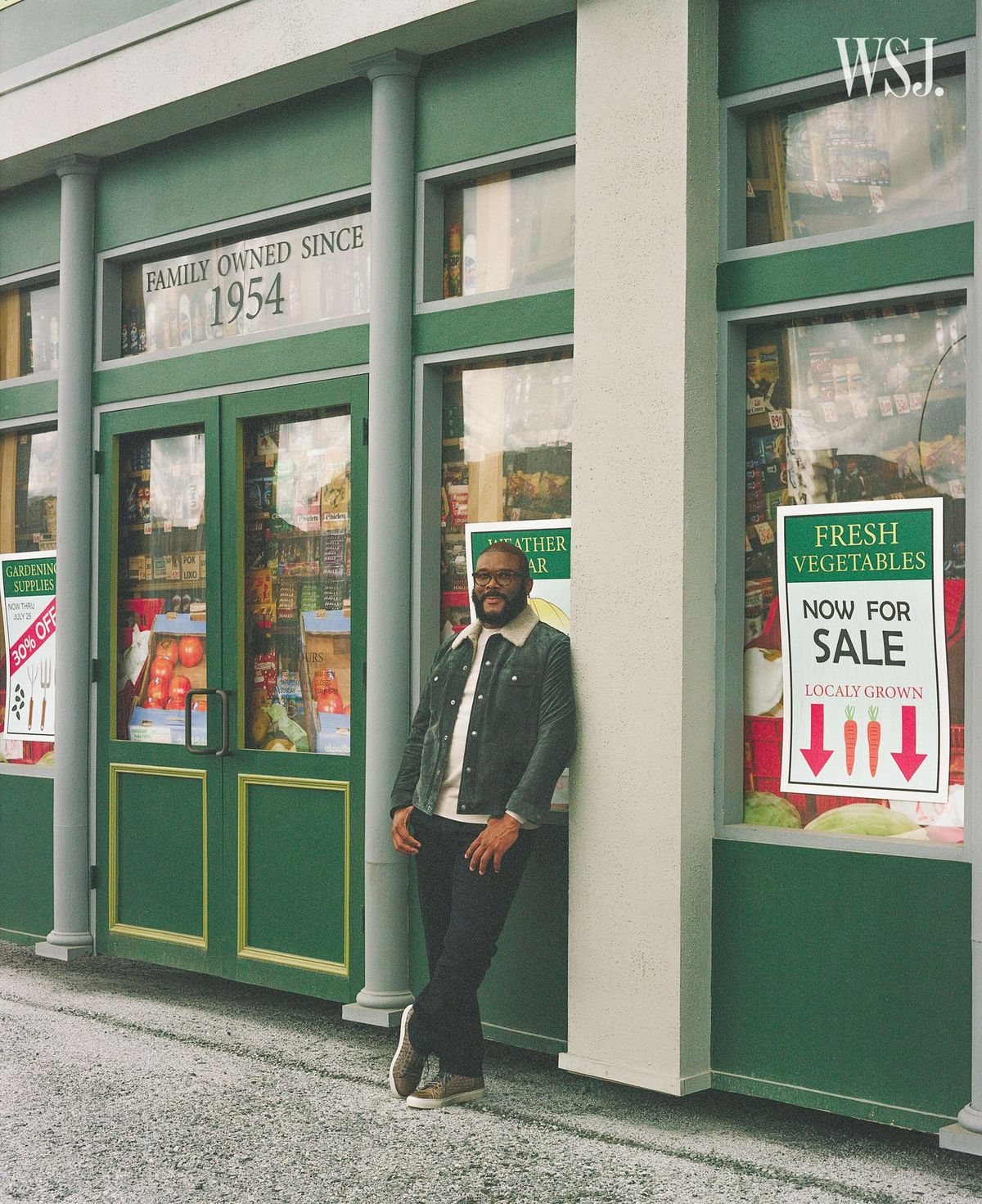 This is a Style Rave original content specially created for our readers. This content or any original content on Style Rave may not be reproduced, distributed, transmitted, cached, or otherwise used by any other publishing house or blogs, except with the prior written permission of STYLE RAVE. Use of and/or registration on any portion of this site constitutes acceptance of our Terms & Conditions and Privacy Policy.

Tags:
Previous Article
How To Get The Body Of Michael B. Jordan, The Sexiest Man Alive | Video
Next Article
Yemi Alade Chooses Love On ‘Empress’ + More Trending Songs Across Africa

Barack Obama Shares With InStyle The 5 Most Inspiring Women In His Life
md4eze November 24, 2020

How To Get The Body Of Michael B. Jordan, The Sexiest Man Alive | Video