Much to the excitement of her fans, the superstar rapper posted three separate photos within minutes of each other. The first and last showed her posed in a floral embellished mesh bikini and platform stiletto heels. She wore her hair in a yellow short curly do. The photos show Nicki in a very maternal mood as she cradles her baby bump with what could only be described as a restive smile. 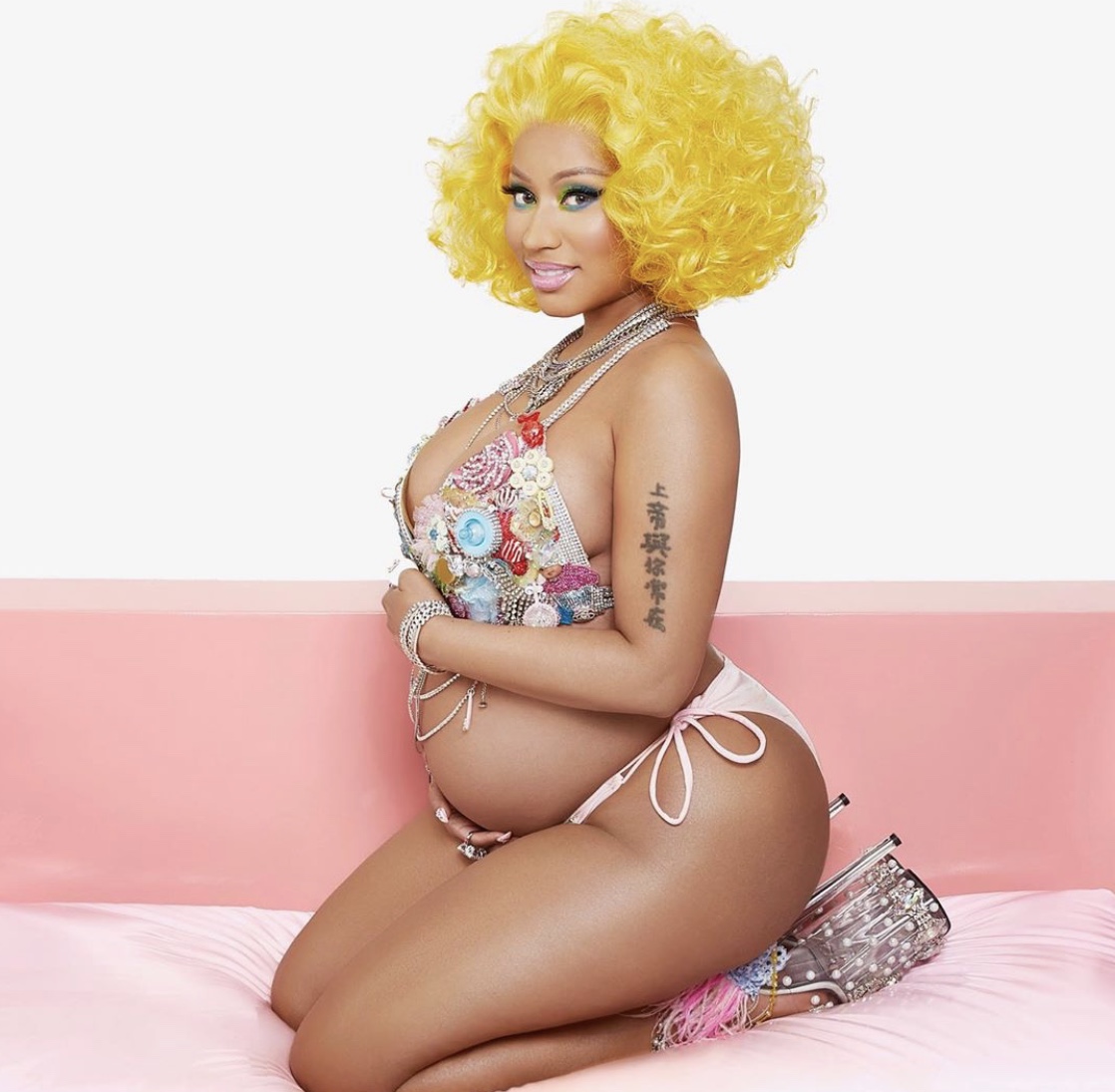 In the second photo, she was seen standing in what appeared to be typical carnival gear from her home country, Trinidad and Tobago. Her captions were simple. In one post, she simply said ‘#preggers’ with a yellow love emoji and in the other, she expressed her excitement saying “Love. Marriage. Baby carriage. Overflowing with excitement & gratitude. Thank you all for the well wishes,” followed by yet another yellow heart. 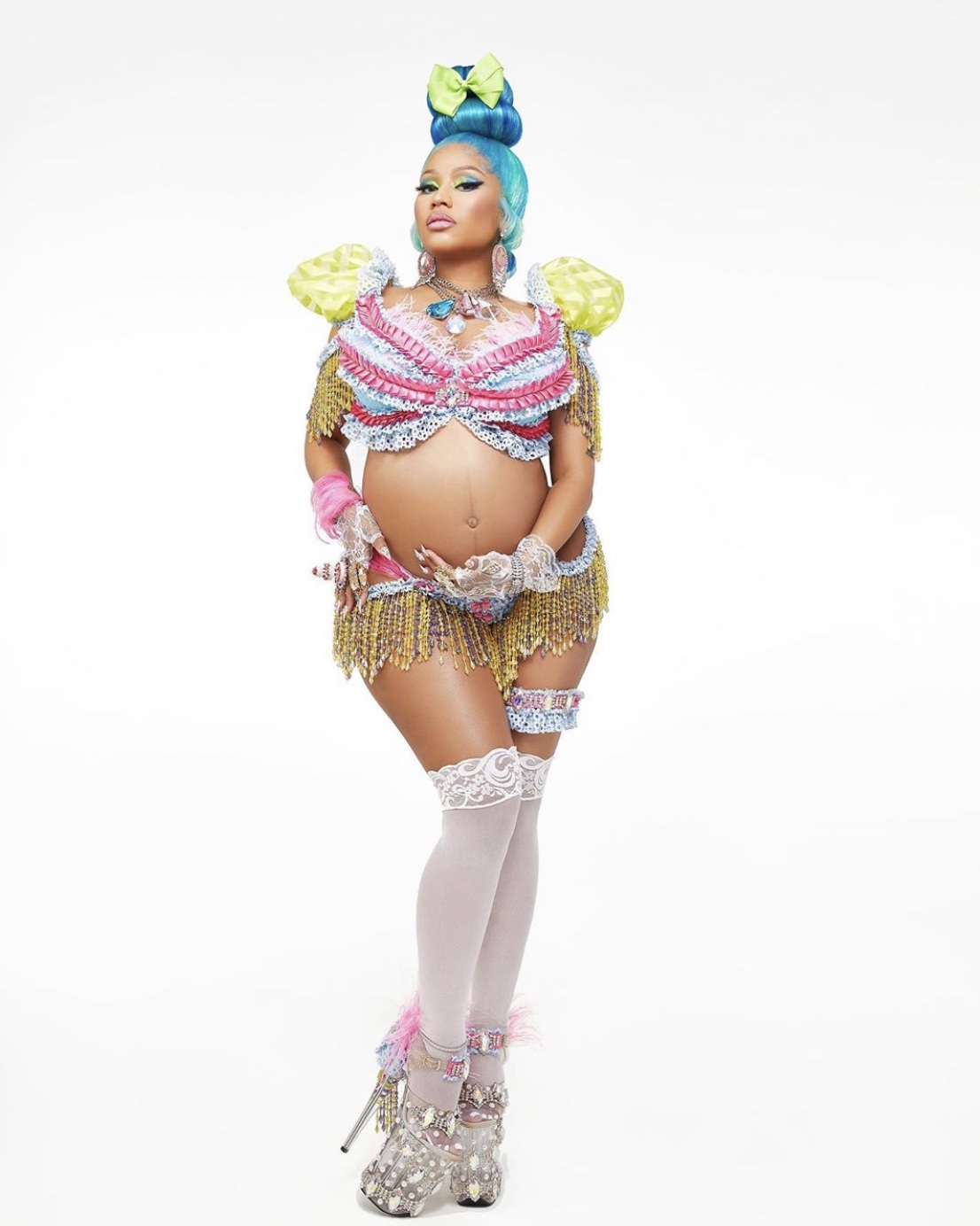 The 37-year-old rapper tied the knot late October 2019 with her short term boo but long time friend, Kenneth ‘Zoo’ Petty whom she revealed she had been friends with since she was 17, back home in Queens, New York. Nicki Minaj husband.

There had been month-long speculations about the star’s pregnancy status by fans who repeatedly asked her questions to ascertain if she was pregnant, to which she responded with cryptic quips about her cravings and morning sickness. One barb––as she calls her fans––even asked her for a snap of her baby bump to which she responded, “the world ain’t ready.” Well, looks like we are now! 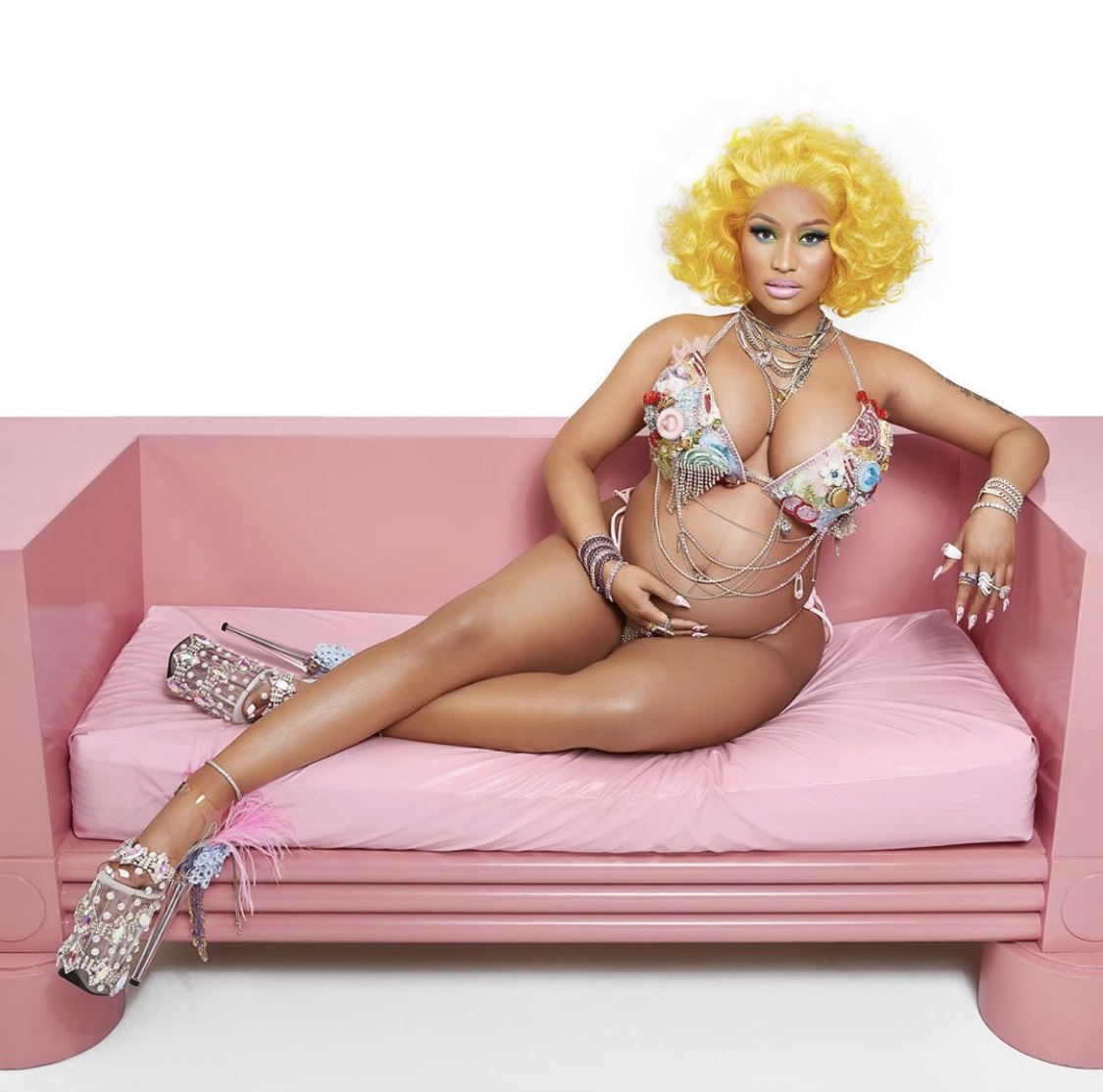 In promotional pictures on her Instagram in June for her hit feature, Trollz with fellow rapper, 6ix9ine, fans were quick to notice the star appeared to be covering her stomach in many of the photos. Even asking in one of her captions for bra ideas for bigger bust sizes which are characteristic of pregnancy symptoms.

Nicki talked about being married last month on Young Money Radio with fellow rapper, Lil Wayne and her excitement was apparent when she said, “I didn’t think it would be as refreshing and calming as it is… even if you’re not married when you have someone that feels like your soulmate or someone who understands you, it just makes you feel like you’re on top of the world.” Nicki Minaj husband announce pregnancy. 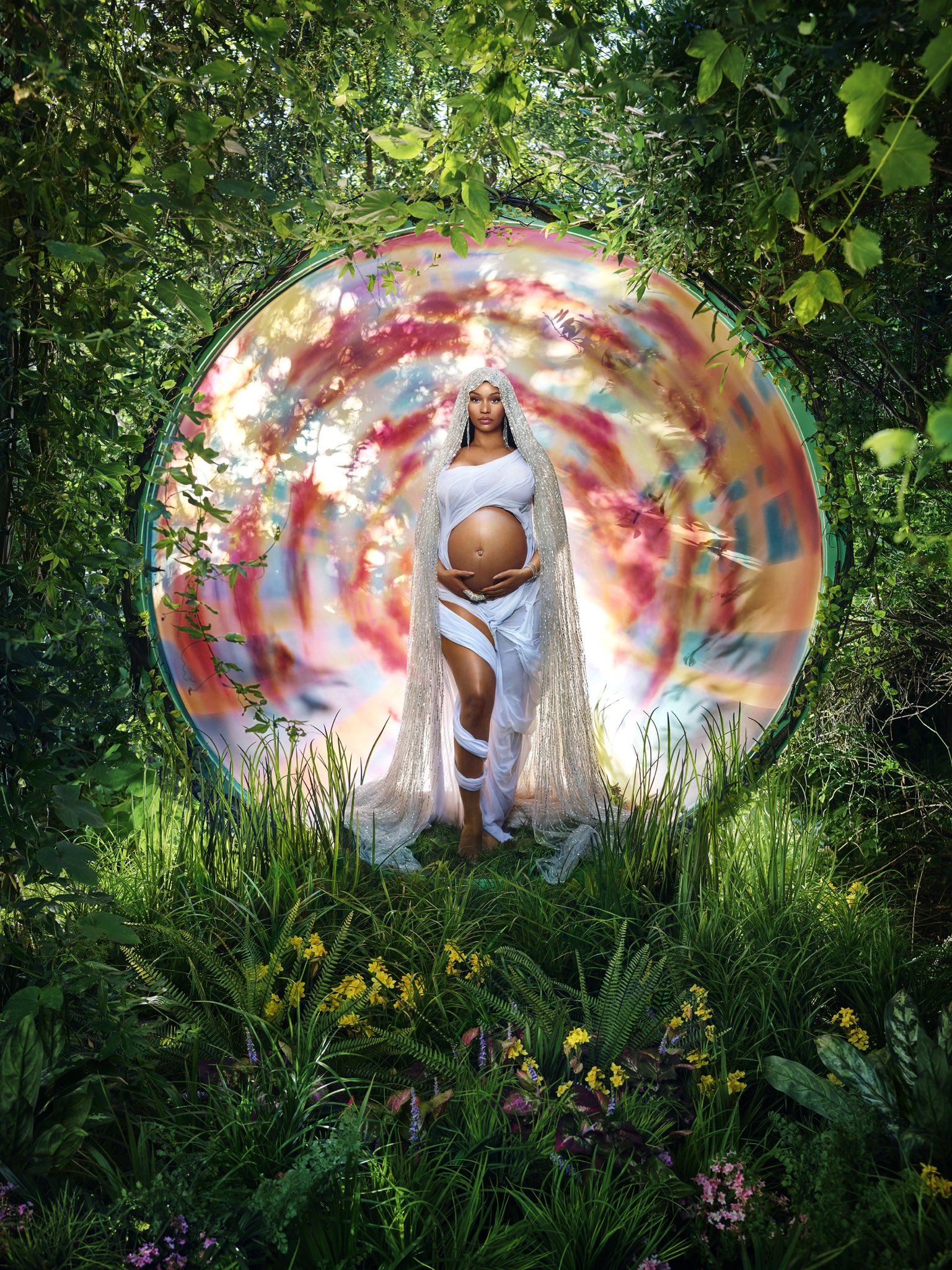