Tales By Koko: Unmentionables – The Twisted Story Of A Bae, Her Boo And A Rogue Bra

If your mum is like most mums, she probably taught you to always have on clean underwear – just in case you got in a car accident. Koko – funny stories

The fact that that’s also good sanitary practice was merely an added bonus – because everybody knows that when they cut you out of your clothes in the emergency room, it’s the condition of your underwear that determines whether they proceed with your life-saving surgery or just abandon you on the operating table to die in your faded, frayed, rat-eaten fruit of the loom bloomers. Koko – funny stories

If your mum is like most mums, she probably did not teach you what kind of underwear to wear when you go to a new boyfriend’s house. But that really wouldn’t have mattered because she would already have taught you the most important lesson of all – that the condition of a person’s underwear says a lot about them. And as a result, you would be able to figure out what to wear to a new boyfriend’s house all by yourself. 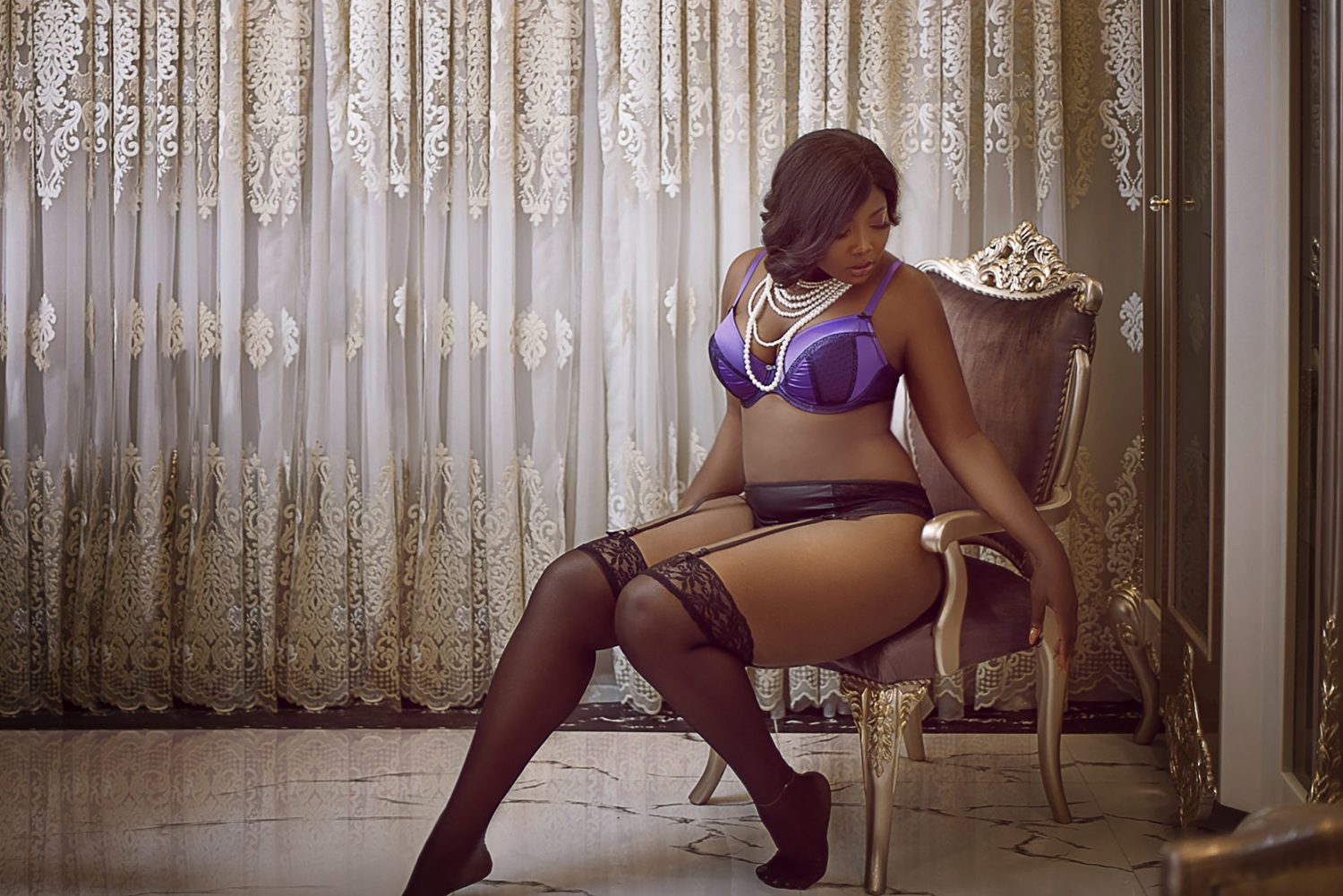 My good friend, T, had it all figured out. Or so she thought…

T had just started a long-distance relationship with the man of her dreams. She lived in DC and he lived in Detroit. They’d been together for two weeks and she’d flown to Detroit to see him both weekends.

Their relationship was still fresh, and as a result, so was her underwear. Both times T went over to see him, her underwear game was on point. Before she traveled, she would always make a trip to Victoria’s Secret so she could pick out the thongs, g-strings, push-ups, gel curves, corsets, and garters. She was always in matching silks, laces, and the occasional leathers (don’t ask). She put the X in sexy. Three times…

Unknown to T’s boyfriend, however, Victoria was not the only with secrets – when T was back in DC and her boyfriend wasn’t there with her, there was no silk and there was no lace. And there was definitely no matching. Instead, T would retire the Body by Victoria® Low-back multi-way bra with Gel-Curve®, Padded Level 3: Dramatic lift – with the matching lace-up ruffle thong. And T would go back to her comfortable purple pant (I said pant o, not panties) with green colored brassiere. (I said brassiere o, not bra). Koko – funny stories

T was one of those chicks who was just not comfortable in thongs or as she called them, “butt floss”. She was much more comfortable in huge ass granny bloomers. So whenever she was back in DC, she would wear exactly that – huge ass granny bloomers – the kind that is a soft baby pink – even though once upon a time, it was fire engine red, that has hanging threads that you pull at every now and then until the panties are almost completely unraveled. The type that goes past your navel and stops right below your boobs or that has the elastic so loose that you have to put a knot at the waistline just so that the panties stay up.

Ok, fine – I’m exaggerating – but the point is that when T was not at her man’s place she was always wearing underwear that was in questionable condition. In summary, T was living a double underwear life.

And this is why long-distance relationships are evil- because they only let you see each other at your best – with freshly done weaves, freshly cut hair, freshly done mani-pedis, freshly shaved faces, freshly waxed everything… and of course, freshly bought lingerie.

Shortly after they started dating, T got a job in the Detroit Metro area and moved. It was harder now that they were in the same city and were seeing each other more often but their relationship was still young and T struggled to keep her sexy lingerie game up.

And then one day, her man picked her up from work and took her to his place. She had not planned on seeing him that day. So yes, you guessed it, she was not dressed for the occasion. She had on mismatched underwear- and that would not have been the biggest tragedy in the world if it wasn’t for the condition of the mismatched underwear. The bra was disastrous. The underwire was poking out from the sides of the bra. Both straps had busted but instead of tossing the bra out as most normal people would do, T had opted to keep it gangsta and sew the bra instead. Koko – funny stories

There was no way in hell that T was going to let her man see her in that raggedy-ass bra… So she took great pains to make sure he didn’t. She pretended she had to go do something, snuck into another room, quickly removed the bra, smuggled it past him and stuffed the bra, and its accompanying shamefulness into her gym bag.

The next evening, T’s man stopped by her apartment to see her after work.

She was expecting him this time – her underwear was on point. Koko – funny stories

As soon as he got through the door, he handed her a plastic bag, “You left your bra at my house last night.”

T froze. No… it could NOT be! It was just not possible…

Then it clicked. She had gone to the gym that morning from his house – and she’d worn her sports bra. And she’d gotten dressed in a hurry and scattered her things around in the process, so it was entirely possible and actually very probable that she had left her green (or actually multi-colored) tear-tear brassiere in his house.

T reached into the plastic bag and pulled out the offending bra… She had not realized just how tragic her bra looked until that moment. To think that he had probably seen the bra on his floor, and thought it was a rag, then kicked at it with his foot, then picked it up with the tip of his index finger and thumb and then sniffed it and then inspected it closely… before concluding that against all odds, it was indeed a bra. She could not imagine what he must have thought… T wanted the ground to open up and swallow her right that instant. 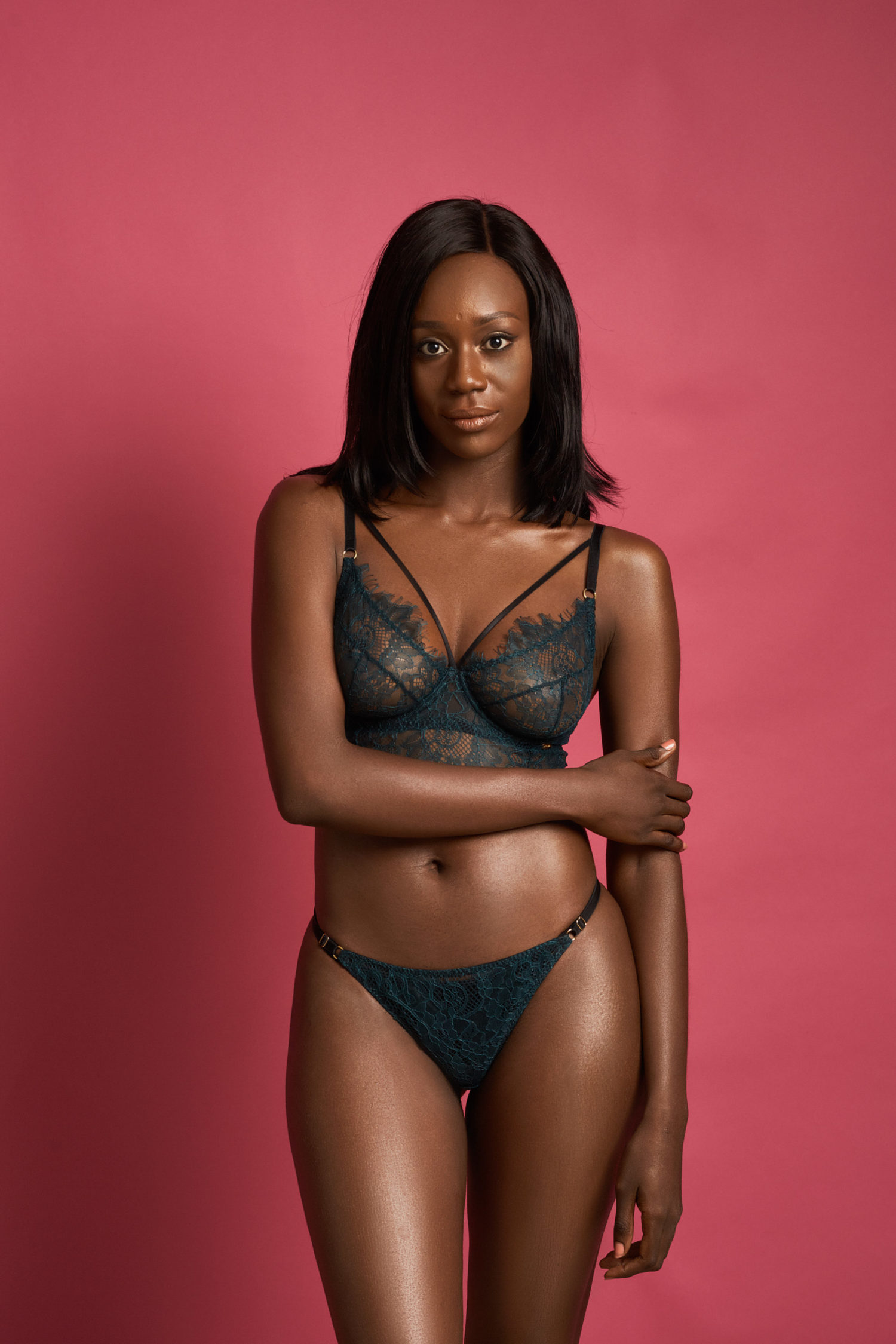 She stood still for a minute – contemplating whether to act like a tear-tear bra was the new lace front – and all the chicks were wearing them these days or whether to just address the elephant in the room and state the obvious in a joking manner. Koko – funny stories

She looked at her man. He kept a straight face. A straight “damn-this-ya-brassiere-get-as-e-be” face.

Immediately, T dropped the bra as if it was a hot piece of fried yam.

She looked at him with wide eyes, “Ummm, who the HELL left her bra at YOUR house?!”

“You don’t know?! I just… I can’t even believe you… What the hell kind of chicks are you messing with anyways? Look… at… the… bra…”

She grabbed a hanger and used the hook to pick and hold up the bra by its battered and tattered strap like her skin would shrivel if she came in direct contact with the bra… She wrinkled up her nose in disgust. She looked from him to the bra and then back to him, “Seriously?” Koko – funny stories

“Honestly, I don’t know whose it is… Maybe… maybe one of my sisters… or maybe… it could have been there from a loooong time ago…”

T made it a huge production, “So why do you look so guilty? Men, I can’t even look at you!”

Her man kept trying to pacify her and explain. It was epic.

The next morning, he sent her a bouquet of roses and a card – “I’m so sorry about last night. I really don’t know how that happened. It was just a mix-up. I hope you can trust me.”

Because my friend is softhearted and forgiving, she eventually did pardon him for his transgressions – but not until after he had forfeited playing PlayStation 3 and sacrificed watching football at her command… to watch Desperate Housewives, Oprah, and America’s Next Top Model with her instead – for three weeks in a row.

What can I say? All’s fair in love, war, and relationship politics.

– Koko Akan is a US-based Attorney and Writer. She’s written many real-life inspired jaw-cracking, emotion-invoking stories. She’s also authored two novels that are yet to be published. Visit her blog to read more. www.kokoakan.blogspot.com