Kanye West Turns 43: A Look Back At His Journey – From Music To Fashion, Politics & Church Business

Today, June 8, American hip hop artiste and rapper, Kanye West turns 43. Beyond his music, Kanye is known for a host of other things including his unexpected marriage to reality TV star, Kim Kardashian-West, his non-conforming political opinions, his eccentric style and his lately, his Sunday Services. Kanye West birthday, Kanye West Church

We decided to go down memory lane and some of the things that make Kanye who he is today.

How it all started Kanye West birthday

Kanye West began his early production career in the mid-1990s, creating beats mostly for burgeoning local artists. He eventually developed a style that involved speeding up vocal samples from classic soul records. His first official production credits came at the age of nineteen when he produced eight tracks on Down to Earth––the 1996 debut album of a Chicago rapper named Gram. At the age of 20, Kanye dropped out of college to pursue a career in music.

But his big break didn’t come till 2001 when he got signed as a producer at JAY Z’s co-owned label, Roc-A-Fella Record. Despite his success as a producer, West’s true aspiration was to be a rapper. As a freshman rapper, things reportedly didn’t go very easy for him at the start. Many labels including his home label, Roc-A-Fella just didn’t believe that a middle class, Gucci-loafers-wearing Kanye could be successful as a rapper. Kanye West birthday, Kanye West Church

The popular consensus was that hip hop needed street stories to really be credible. In 2002, afraid of losing his production prowess to another label, Roc-A-Fella co-founder, Damon Dash reluctantly signed Kanye West to the label as a rapper. 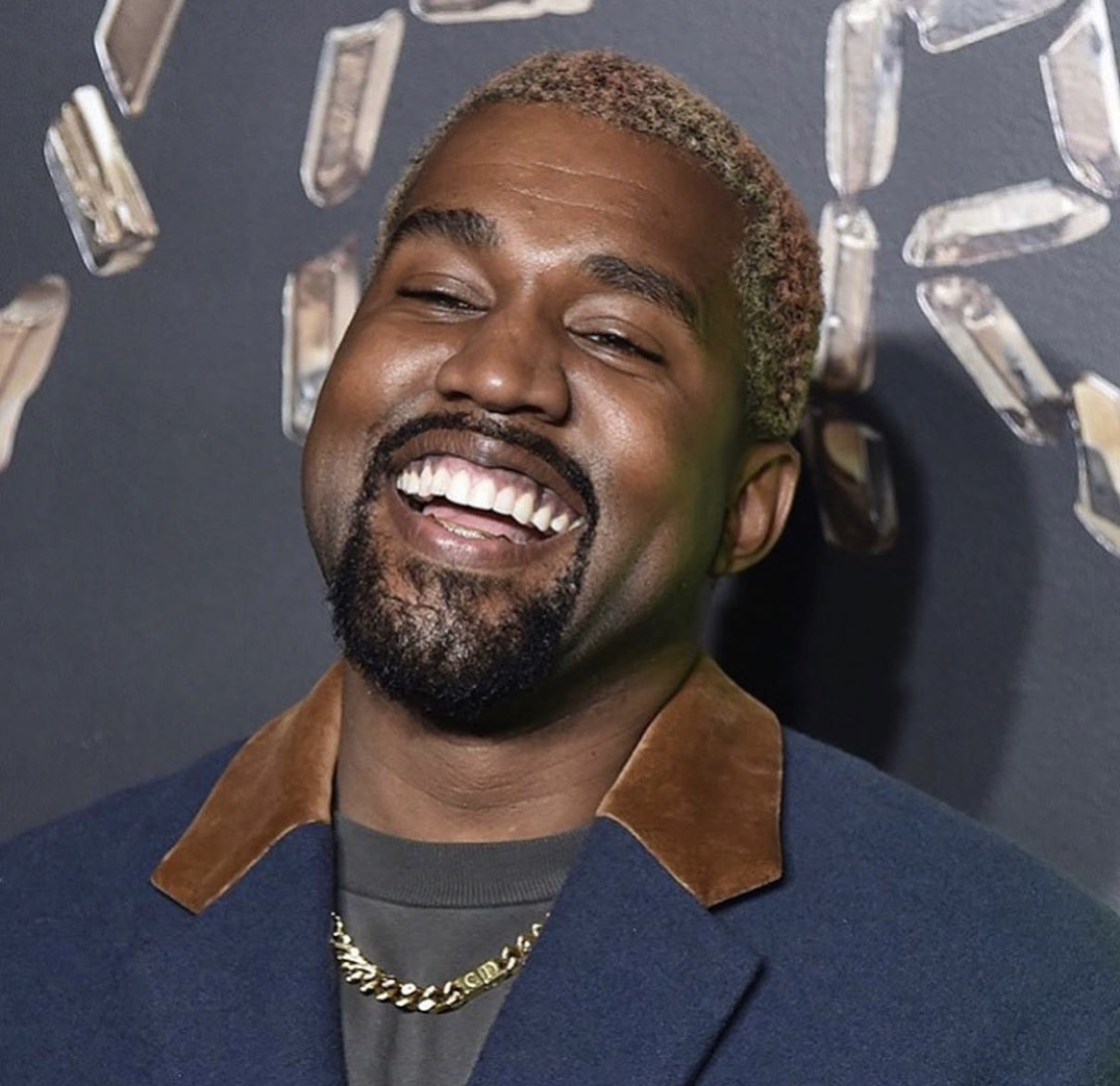 In 2002, while recovering from a head-on collision which left his jaw dislocated, Kanye wrote and recorded his first album, ‘College Drop Out’. The album was a success. It debuted at No. 2 on the Billboard Hot 200 chart in 2004 and later earned him 10 Grammy nominations and three wins. Kanye would later have 8 of his solo albums debut at No. 1 on the same chart.

Kanye West’s career, beyond multiple awards and musical certifications has been dotted by many controversies but this is part of what makes Kanye, Kanye.Kanye West birthday, Kanye West Church

At the 2009, MTV VMAs Kanye’s first biggest controversy unveiled itself when he went up stage in the middle of Taylor Swift’s award acceptance speech to say that Beyoncé deserved the award. This was even worse than his 2004 saga at the American Music Award where he walked out because he did not win the Best New Artiste Award.

Subsequently, Kanye who was known to be ‘friends’ with Taylor Swift after this incident went on to release the song ‘Famous’ in 2016 with the infamous lines; “For all my Southside nigg*s that know me best / I feel like me and Taylor might still have sex / Why? I made that bitch famous.”

In response, Taylor Swift appeared to call him out in her Grammy acceptance speech saying, “There are going to be people along the way who will try to undercut your success or take credit for your accomplishments or your fame.”

Earlier this year a full video emerged of the conversation Kanye had with Taylor before release of the song where Taylor had cautioned him. According to Taylor, she cautioned him about “releasing a song with such a strong misogynistic message” and that she was never told about the contentious lyric, “I made that bitch famous.” The video was a longer version of the edited one released by Kim Kardashian on her Snapchat earlier in 2016––trying to prove that her husband had indeed asked Taylor for her ok before using the line in his song.

AMong a number of fellow hiip hop artistes, Kanye has openly dissed former close friend, JAY Z and Wiz Khalifa––the latter was settled at some point. He also was at loggerheads with Saturday Night Live host, Jimmy Kimmel where he appeared later and gave a show long monologue about his thought processes. The show ended in himself and Kimmel being friends again.

Although Kanye has a habit of falling into altercations with many individuals it is rather comical to notice how easily he also resolves these issues one way or the other eventually.

Early in his career, Kanye made clear his interest in fashion and desire to go into fashion design. In September 2005, he announced that he would release his Pastelle Clothing line in Spring 2006, saying “Now that I have a Grammy under my belt and Late Registration is finished, I am ready to launch my clothing line next spring.” The line was produced for 4 years before being canceled in 2009. That same year, he collaborated with Nike to release his own shoe, the Air Yeezys, with a second version released in 2012. With the collab, he became the first non-athlete to be given a shoe deal with Nike.

In 2011, Kanye West premiered his women’s fashion label, DW Kanye West at Paris Fashion Week. He would go on to collaborate with Nike, Louis Vuitton, and A.P.C. on both clothing and footwear, before ultimately hitting jackpot on a Yeezy collaboration with Adidas in 2013.

Among his controversies, his political statement, rants and monologues have been most rejected causing him to lose many black fans and gain conservative ones. One of his earliest rants had him declaring that he would be running for president in 2020. Well, he isn’t. 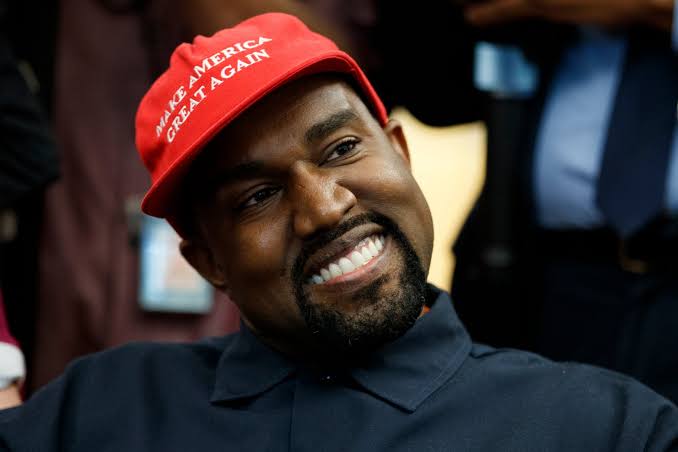 Kanye first began to show his support for Donald Trump in 2016 during his Life of Pablo tour when he stated that he voted for Trump in the last elections. His tour was later cancelled and Kanye was diagnosed with bipolar disorder, a diagnosis he later refuted claiming that it was sleep deprivation. He’s since spoken up about his struggles with the disorder––a commendable action seeing that mental health awareness is something that’s still very much needed, especially in the global black community. 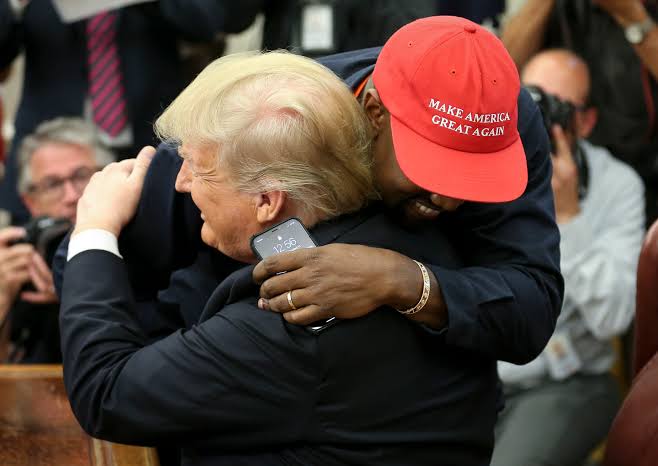 Early in January of 2019, Kim Kardashian-West, on her twitter shared a short video of a choir led by Kanye in the mountains. This sparked a lot of questions and subsequently revealed Kanye’s Sunday Services that held in different locations every Sunday.

The invite-only “church” has been referred to by many who have attended as not a church. It is simply an hour where his Yeezy-apparel-wearing choir and congregation come together to sing gospel renditions of Kanye’s and other songs. Kanye also delivers monologues and rants disguised as sermons during the hour. The services are uploaded to YouTube. 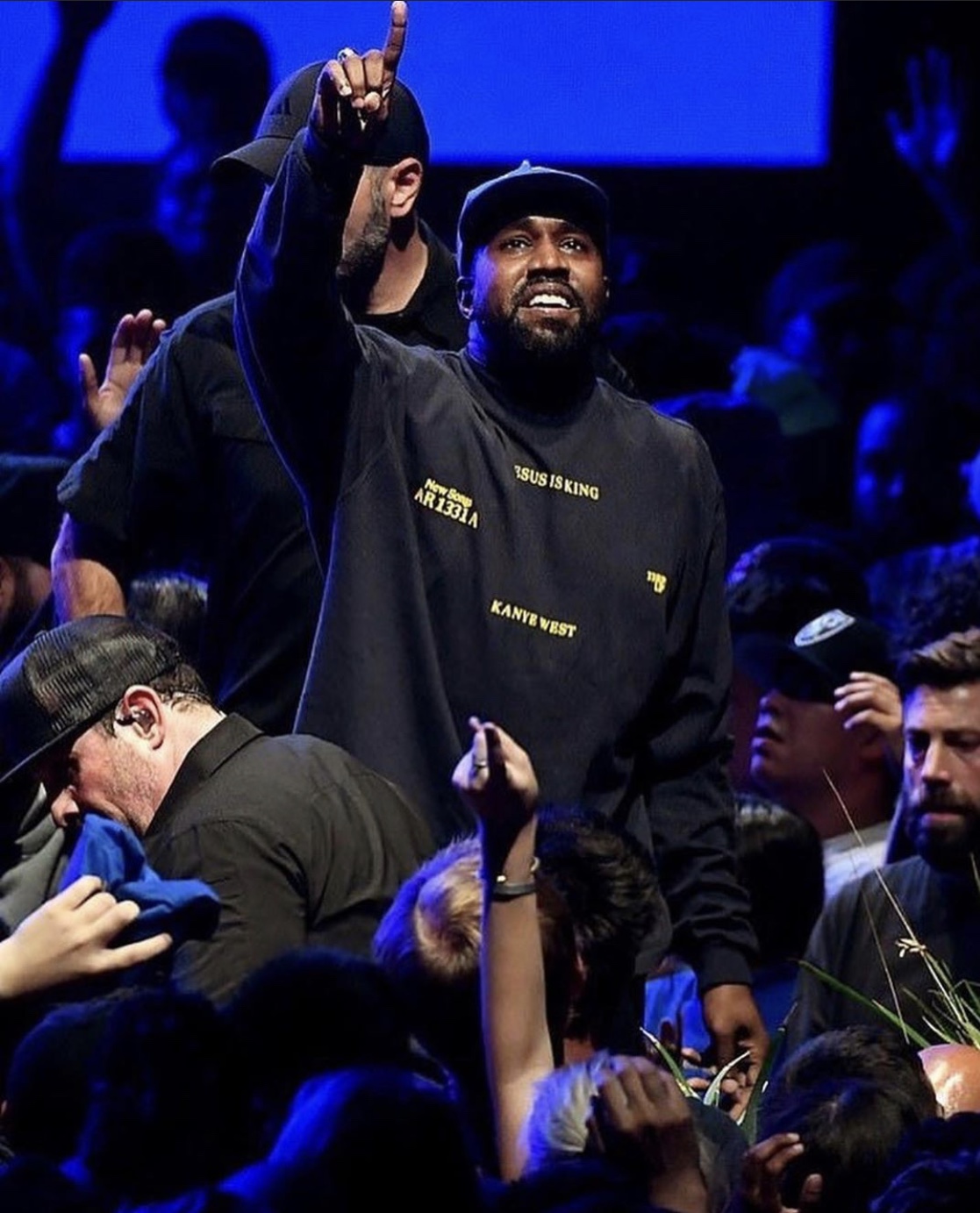 Tony Williams, Kanye’s cousin and one of the celebrities in attendance speaking on the services said “People see Sunday mornings and think, ‘Oh it’s a church’ but you can’t just call it that” then he added, for Kanye “in his mind, metaphorically speaking, it is a church.”

So a church but only in Kanye’s mind. 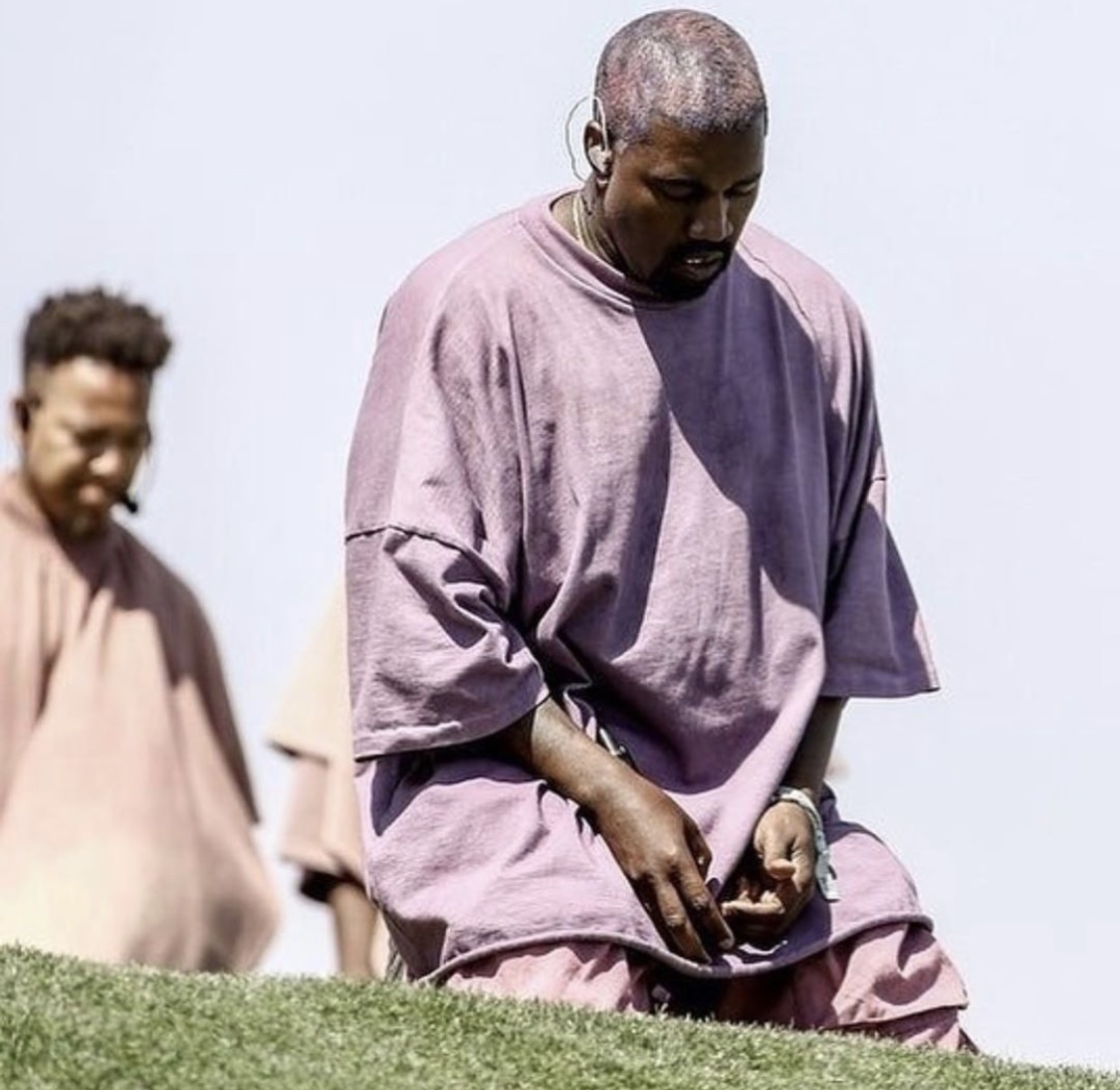 Later in the year, Kanye released his album, ‘Jesus is King’ which was slated to be released on the 27th of September of the previous year. Exactly two months after, Kanye and the Sunday Service Choir released a project titled ‘Jesus is Born’. Both were Christian hip hop albums. This raised the controversy about Mr. West’s faith.

Nicki Minaj, in her show called Queen Radio on Apple Music, said that Kanye told her that he’s a born again Christian although, there remains – especially in the Christian community – questions about the validity of his faith. But should anyone question another’s approach to faith? Is ay faith is personal.

About two months ago, Kanye was announced by Forbes magazine to be a billionaire––finally. According to the Forbes piece, Kanye had been searching for this validation and open announcement of his assets and worth to the extent that he began texting top editors in the Forbes team to demand that he be put on the list. As is their tradition, Forbes only put him on the list after thorough investigation of his liquefiable assets which totaled $1.26 Billion dollars compared to the $3.3 Billion that Kanye insists that it is. Most of his assets come from Yeezy, his shoe brand deal with Adidas. Yeezy, in just the past year impressively made revenue of up to $1.3 billion from sales. 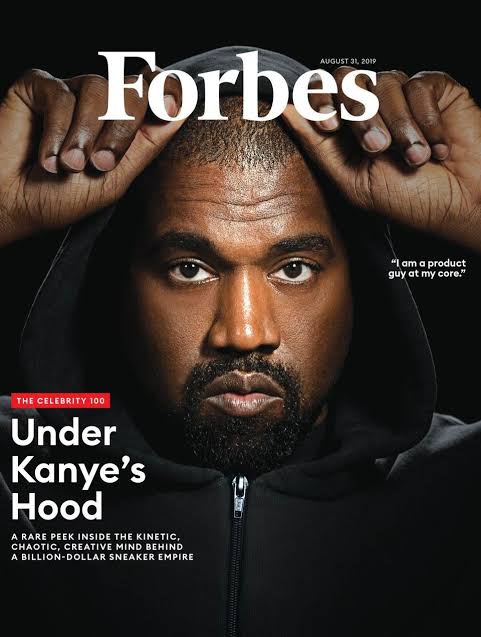 Amidst all the drama that comes with his brand, Kanye continues to be an inspiration to me and many others. His is a story of passion, owning your weaknesses and pushing against all odds to make your dreams come true. A true enigma––and as I write this piece while listening to his latest project, ‘Jesus is Born’, I’m reminded of just how talented and entertaining an artiste he truly is.

Tags:
Previous Article
5 Things You Need To Win ‘Big Brother Naija’ As Revealed At The Reunion
Next Article
This Video Of Yvonne Orji Explaining Nigerian Pidgin Slangs To Vanity Fair Will Crack You

40 Types of Dresses for Every Women Should Know
fashion
Made with coffee & love by ThemeBubble ©All rights reservd.