Busola Dakolo gives an update on COZA pastor, Fatoyinbo’s rape case, Trump sued by ACLU and BLM, Ronaldo becomes the first footballer to earn a billion. Stay in the know with our Rave News Digest which summarizes five of the hottest global news you need to catch up on, saving you time and energy. Consider it your daily news fix.

Busola Dakolo has shared the update of the rape case she filed against the senior pastor of Commonwealth Of Zion Assembly (COZA), Biodun Fatoyinbo exactly one year ago.

Busola Dakolo shared via her Instagram page on Thursday, June 4, 2020, that the case filed against COZA head pastor, Biodun Fatoyinbo, has been handed over to the Ministry of Justice for onward prosecution.

According to her, even though the case has been handed over to the ministry of justice, there appear to be some manipulations and foul play going on.

It can be recalled that she revealed during an interview last year that she was raped by Pastor Biodun Fatoyinbo twice when she was a teenager. 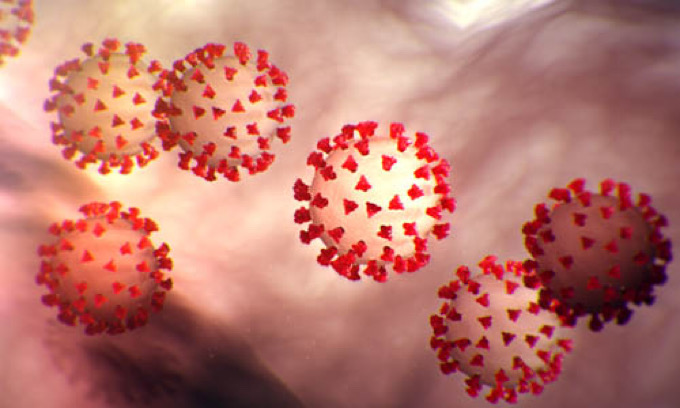 Ghana’s COVID-19 case count has increased by 337, bringing the total number of cases to 8,885. The latest update by the Ghana Health Service on Thursday, June 4, 2020, also indicates that 57 persons have recovered from the virus.

This brings the total number of recoveries to 3,189. There are currently 5,658 active cases, and the deaths remain at 38.

South Africa’s President Cyril Ramaphosa said Friday that military medical personnel were ready to be deployed to the Western Cape province, the country’s coronavirus epicenter, as the number of nationwide infections surged past 40 000.

The president’s announcement comes a day after the hardest-hit sub-Saharan African country recorded 3 267 new COVID-19 cases, its biggest single-day jump during the pandemic.

The Western Cape province, a popular tourist destination, accounts for more than 66% of South Africa’s 40 792 infections and over 70% of its 848 deaths. The surge in infections sparked fears that the province’s health care system would soon be overwhelmed.

4. Black Lives Matter and the ACLU are suing the Trump administration for the attack on peaceful protesters

Civil rights groups including Black Lives Matter and the American Civil Liberties Union (ACLU) are suing members of the Trump administration, claiming they violated the constitutional rights of protesters in Washington, DC, when police forcefully removed them using teargas and rubber bullets to clear Lafayette park square so President Donald Trump could take a photo.

A statement from the ACLU’s Washington, DC, branch said it was suing on behalf of the Black Lives Matter DC branch and five individual protesters, including a nine-year-old boy, for violations of their constitutional rights.

The lawsuit was filed against Trump, Attorney General William Barr, Secretary of Defense Mark Esper, and other federal officials.

It was reported that the 35-year-old Juventus star — who previously had high-profile and successful stints at Real Madrid and Manchester United — is just the third athlete after Tiger Woods and Floyd Mayweather to hit the $1 billion earnings mark while still actively competing.

$650 million of Ronaldo’s career earnings have come from salary. The rest comes off the pitch, with Forbes saying he earned around $45 million via endorsements in the past year.

Tags:
Previous Article
Meghan Markle Joins Beyoncé, Trevor Noah And Other Celebs To Speak Out Against Systemic Racism
Next Article
Sauti Sol Take Us On A Trip In The Midnight Train + More Soothing African Songs