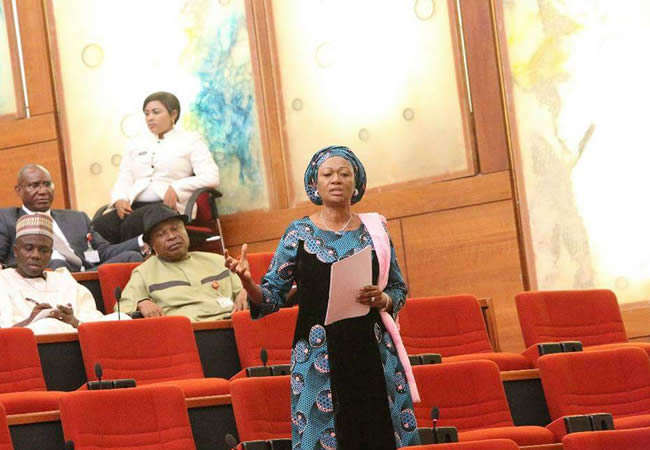 She gave the suggestion during the Senate plenary on Wednesday, The PUNCH reports.

According to her, states that are capable of having state police should be given permission to do so.

Tinubu said, “If we really want to tackle our insecurity correctly, we should look at state police. I believe in you – Senate President – to do it this time.

“I have seen what insecurity has meted out to Nigerians and the vulnerable group in particular-women and children. State policing: if we want to go there, we should allow states that are ready.”

Senator Tolu Odebiyi added, “The issue of security cannot be taken in isolation. I support the need to consider a security architecture that is homegrown.”

“State police is not compulsory for every state, those who do not want it do not have to panic. Our people also feel our service chiefs have stayed for too long,” Senator Bamidele Opeyemi.

“The creation of state police will take care of little security outfits that have been set up. It will also lead to the generation of employment,” Senator Solomon Adeola said.