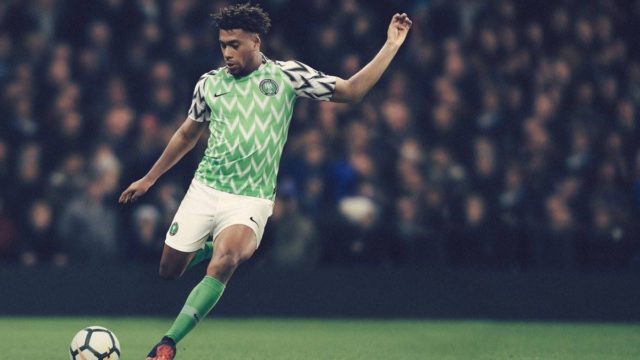 In fashion, there are no absolutes. Maybe classic white shirts come close but there’d still be the smidgen of meh from detractors.

The entire social media was a maze of emotions on the night Nike unveiled Nigeria’s new jersey. For most, it was ambivalence: the reluctance to give an outstanding wow or to thrash it as a cheap Ankara print.

But besides its fashionability or lack of, the jersey hints at something else, at something greater than the lust to match it with the perfectly fitting shredded jeans and sneakers. It hints at the growth and marketability of the brand Super Eagles and Nigeria.

The fact that Nike took out time to make Nigeria one of the most bespoke jerseys we’ve had in recent years suggests the upward trajectory the Super Eagles brand has plied.

Only four years ago, the Adidas jersey unveil at Abuja was the grandest of faux pas. The jerseys were unceremoniously displayed at the NFF secretariat with Chigozie Agbim, Abdullahi Shehu and Ejike Uzoenyi modelling the jerseys in the secretariat premise. Adidas had no input whatsoever in the unveiling asides making the jerseys available.

This time, it was Nike first revealing the jersey with Alex Iwobi, Wilfred Ndidi, Kelechi Iheanacho and Mikel Obi; then unveiling the jersey with Iwobi, Ndidi, Iheanacho and several Nigerian models. The more thrilling part was the inclusion of popular Afro-pop singer Wizkid in the unveiling. It was all impressive, the full range of products including a reversible bucket hat, floral patterned travel suit, anthem jacket, pre-match and training wear. While we could split hairs over the designs, the bigger play is that Nike is well invested in the Super Eagles.

Ensuring the jerseys are uniquely Nigerian as it bears a bit of cultural heritage. The home jersey, a perfect retro concept,  as it draws inspiration from the one the Eagles used in a 1994 friendly against the Three Lions of England World Cup with the bright lemon shade perhaps being a nod to the 2002 World Cup jersey, as well as a similar badge to the Atlanta 1996 Dream Team.

The jersey will represent a statement when worn at the World Cup: something different, something no other team possesses – the Naija spirit, the sheer willpower to surmount challenges, beat odds and walk tall.

With regular design templates now firmly in the past, Mikel Obi leading the team out of the tunnel should leave opponents deeply green with envy. The darker shade of green for the away jersey bears the representation of a stronger desire and a deeper passion that should light up the World cup.

While we’ll all be split down the middle on the designs of the jersey, what is more important is the performance of the Super Eagles in the World Cup. It possibly is the index that lifts the jerseys into the realm of absoluteness. The 2002 World cup jersey would have been a whole less garish had the Super Eagles performed better.

We are people full of fetishes and it won’t be any stretch to see fans agonisingly weave a link between the jerseys and a poor performance.  Nike has clothed the Super Eagles with the Fast Fit Vaporknit kit ‘that helps to facilitate speed through performance and aesthetic’ but the performance of the team will determine if the kit becomes a classic that everyone falls in love with.