The passion and fashion of Nigerias vote 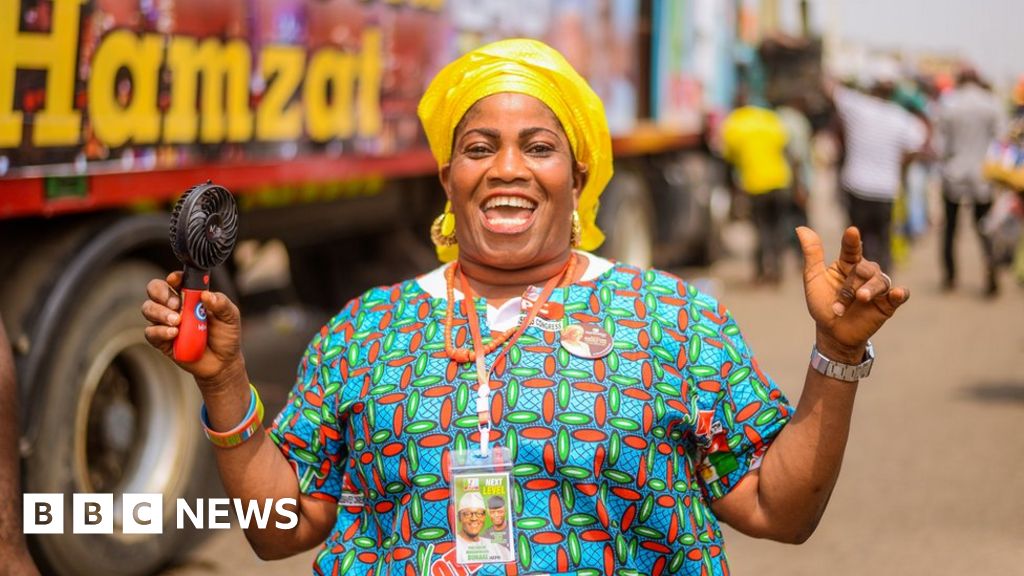 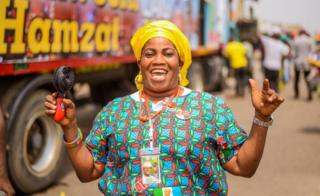 Elections in Nigeria come with style – special cloth is commissioned and tailors are busy as traditional attire takes on a political edge.

Arike Adesida (above) wears a tailor-made dress for a rally in the commercial hub of Lagos and says she wants President Muhammdu Buhari of the All Progressives Congress (APC) to win a second term. 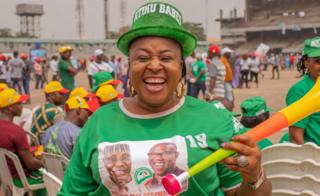 Kemi Raji, part of a group of women who call themselves “Atiku Babes”, says: “We love Atiku. We know that he can change our lives and change our children’s lives.” 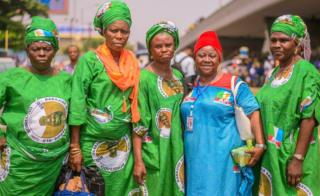 Members of a market women’s association came out to support Mr Buhari and his party’s candidate for Lagos state governor. Their leader, Alhaja Chief MA Adebunmi, dressed in blue, says the president is “a dynamic leader” who has “integrity”.

“He has done a lot for market women. They have come to our market to give us loans, which we have paid back and then got more money.” 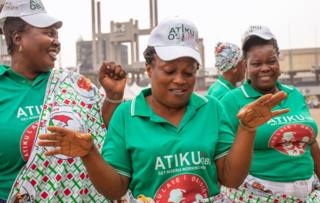 The International Monetary Fund (IMF) has estimated that the informal economy, including markets, accounts for 65% of all money earned in Nigeria. Women from another market association came out to support Mr Abubakar.

Their leader, Hadiza Mohammed Hajiya Hussein, says they have not benefitted from Mr Buhari’s loan scheme, known as “TraderMoni”. When officials enter the market “they give two or three the loans”, but not everyone is helped, she says. 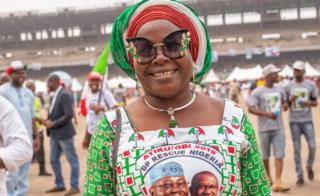 “Buhari’s people don’t love Nigeria, they love themselves,” she says. 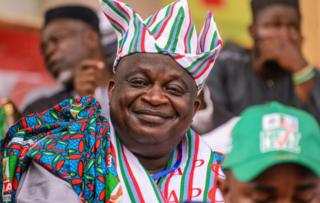 Tajudeen Akanji, a senior member of the APC in the south-west, attends the rally wearing a Yoruba hat called an “abeti aja”.

“I believe in the positive things that this president is doing. I hope he can continue to get rid of the decadence of the past,” he says. 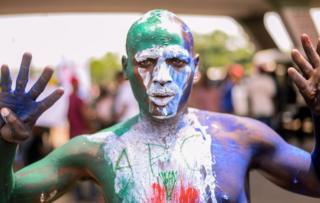 Alhaji Dauda, who spent an hour painting himself in APC colours, says: “Nobody paid me to do this, I just like Buhari.” 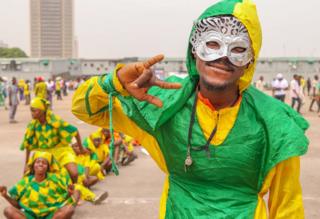 Ayomide Fashina, who comes to the PDP rally with his carnival troupe to entertain people, says: “I don’t support Buhari. We have suffered for four years and we don’t want to suffer again.” 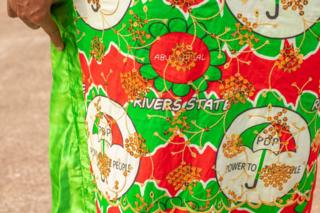 Hajiya Pine Olapade, who came from the south-east of the country dressed in this sequined and embroidered PDP material from Rivers state, says: “Atiku is the only man who can turn the economy around. Nigerians are tired. We want a positive change.” 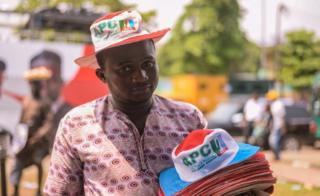 There was also a lot of merchandise for sale at the rallies. Olumide Olumide goes to the APC gathering hoping to make some money, but he also supports the party.

“President Buhari is very good. During the previous regime of Goodluck Jonathan there was corruption, but there hasn’t been corruption this time,” he says.

nigerian chitenge outfits 2020
fashion
Made with coffee & love by ThemeBubble ©All rights reservd.