A thought for Nigeria Police 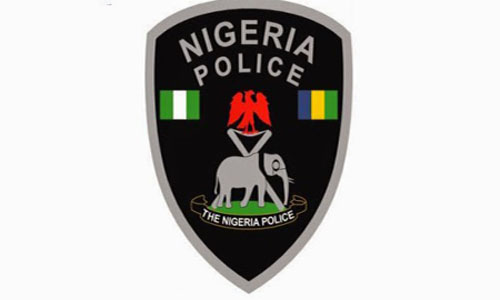 Three weeks ago, in the United States of America, a man called the police complaining that his son was not happy on his birthday because the country is on lockdown with no family and friends to celebrate with him.

Barely 10 minutes later, a team of policemen in seven patrol cars streamed to a halt in two rows right in front of the house, blaring sirens to herald their arrival.

They chorused “Happy birthday to you,” cheered and waved to him as they moved on honking in his celebration. The gloomy birthday boy became excited, cheerful and relaxed.

After watching the video, I asked myself if the Nigeria Police can be so caring as to drive in a convoy of patrol vehicles to a citizen’s house just to make a boy happy on his birthday on the invitation of his dad? I doubt it.

Who will buy fuel into the vehicles? Will they be interested in such a ‘trivial’ issue? How motivated are they to consider such a request worth responding to? Even if they oblige, who will settle the ‘boys’ and the ogas at the top for the visit?

How serviceable are the vehicles that would convey them to the venue? These and many more questions ran through my mind as I believe the appalling condition of our police officers and men deserves an attention.

The police force ranks high in the index of corrupt public agencies in Nigeria. An average Nigerian does not like policemen.

Anybody that has been unfortunate to fall victim of police acts of injustice, cruel treatments, brutality and compromise through bribery or man-know-man influence will never have sympathy for our police officers and men.

At some point, one would prefer to protect himself than to entrust his security in the hands of men and women of the Nigeria police. On a number of instances, extra-judicial murders and the infamous accidental discharges have claimed lives of innocent citizens.

The atrocities being committed on a daily basis cannot but leave deep-seated hatred and distrust in the minds of the Nigerian people towards the officers and men of the Nigeria Police.

Mobs tend to prefer jungle justice to handing over criminals caught red-handed or suspects to the police because, in uncountable number of such cases, apprehended criminals would not only regain their freedom shortly afterward but would come back to terrorize their captors thereby endangering the lives of people in the concerned community.

Forceful extortion of motorists on our roads and the highways is the least of their misconduct. Those inhuman acts are usually perpetrated by the corrupt elements in the force.

One could go on cataloguing the misdemeanours of some of our policemen but I am of the opinion that the criminal tendency of some of the police is the true reflection of the rot in our leadership structure from the very top.

As chief internal security agency that witnesses the malfeasance at leadership levels, its officers and men might think it foolish to stay aloof instead of reacting the way they do through their own anti-social behaviour. They know how our commonwealth is being looted among the privileged few and their cronnies.

Also, they are the ones being used to pervert the course of justice, provide cover for criminal elements, carry out dastardly operations in the interest of the state without recourse to the rule of law and natural justice.

They see how the top hierarchy sits on the allocations that ought to tickle down to the base to serve as impetus for dedication and encouragement.

They also see the manipulation of the judiciary to achieve sinister interests. They are the foot soldiers that would ensure that election results are tailored towards premeditated outcomes.

It is, therefore, easy for the police to be influenced by what appears to be the norms in the corrupt system of leadership. They see and know how some powerful elements are stealing our collective patrimony without a thought for the masses. They guide sleaze funds to destinations.

It is easy to lampoon police operatives for their official misconduct but we fail to interrogate the source of their problems. It is no secret that the Nigeria police is among the best trained and about the most efficient in Africa.

But since the era of the military dictator, Ibrahim Babangida, the police force began to witness decline in standard, emoluments, training and operational provisions.

Like the military whose strength and armoury Babangida whittled in response to Major Gideon Okar’s 1990 aborted coup, the police began to witness internal politics in the area of promotion, recruitment, training and postings. That was the genesis of the rot that has festered irredeemably in the force.

When the police suffer neglect and deprivation, its operatives often vent their frustration on the hapless people on the streets and those that have cases in their various police stations.

While there’s no excuse to justify wickedness or inhuman treatments of the people by the police, the unfair treatment and neglect that police men and women themselves suffer in the system are equally serious issues for concern.

Only well-equipped, skilful, up-to-date and highly motivated police force can guarantee internal security, fair conducts, and equitable dealing with the citizens as well as fight crimes without compromise.

Policemen, too, also witness and suffer the internal injustice within the force through selective promotions, postings and recruitments based on ethnic, regional and religious considerations.

Over the years, the majority of the commissioned rank and file have been at the receiving end of a nepotistic structure.

However, the situation has gradually improved since the current Inspector-General of Police, Mohammed Adamu, got into office. He has so far tried to re-enact orderliness, sense of fairness and professionalism in the force.

Since the outbreak of pandemic in Nigeria, our policemen and officers have been up and doing. While Nigerians stay safe in their respective homes, they patrol the streets day and night not only to enforce the lockdown order but also to checkmate sneaky marauders and sundry criminal elements on the prowl.

It is very callous to neglect the police from the relief packages or palliatives from the federal government. To date, I am not aware of any allocation made for the welfare of the police men and officers for their over-stretched activities during the pandemic.

They were not provided with personal protective equipment, PPE. It is unfortunate that undisclosed number of policemen have been infected by coronavirus. That is the consequence of uncaring disposition towards our security agencies, especially the police.

Meanwhile, we are grossly under-policed in view of less than 350,000 police operatives that we have. Going by our growing population and the internal security challenges, we need an average of one million police operatives to ensure effective policing in concert with other security outfits like the National Security and Civil Defence Corps (NSCDC) and regional security outfits.

I pray that what happened in New York where over 1000 policemen were infected by Covid-19 will not happen here! If, unfortunately, that magnitude of infection is recorded among the Nigeria Police, it will be suicidal as our internal security would fall into a precarious situation.

With the huge local and international donations Nigeria has received so far, the police should have been factored into the sharing formula. It is uncharitable to leave out the police in the financial and material incentives to essential Covid-19 workers.

The police, like other Nigerians, have families, dependants and friends to cater for. As a mark of encouragement for risking their lives in the Covid-19 containment efforts, the policemen and officers should qualify for risk allowance, and extended operational bonuses and palliatives as benefits.

Any amount given to the police by the federal, state, corporate and private organisations must be announced so that it would tickle down through the rank and file. This is necessary to avoid diversion, exclusion or incidents of missing funds.

HIV and AIDS in Nigeria
fashion