Nicki Minaj hints that she’s pregnant, Nigerians evacuated from the United Kingdom arrive in Lagos, Odion Ighalo hopes to extend Man United loan. Stay in the know with our Rave News Digest which summarizes five of the hottest global news you need to catch up on, saving you time and energy. Consider it your daily news fix.

1. Nicki Minaj drops a major hint that she’s pregnant with her first child

Nicki Minaj may have confirmed that she’s pregnant and expecting her first child with Kenneth Petty.

While engaging with the Barbz during a Twitter Q&A on Thursday, Nicki Minaj subtly dropped the news that she’s pregnant. It all started when one fan asked if she’s been busy cooking while self-quarantined and Nicki responded that she’s experienced cravings for red meat and salad with “extra jalapeños.”

Then another picked up on Nicki’s hint and asked if she just so happened to be dealing with morning sickness.

“Lmao,” she tweeted. “No throwing up. But nausea and peeing non-stop. Omg, what do u think this means guys???? Lmaooooooooooo”

However, Nicki also told her fans they’ll have to wait a couple of months for a baby bump reveal. “The world ain’t ready yet,” she teased.

2. Nigerians evacuated from the UK arrive in Lagos 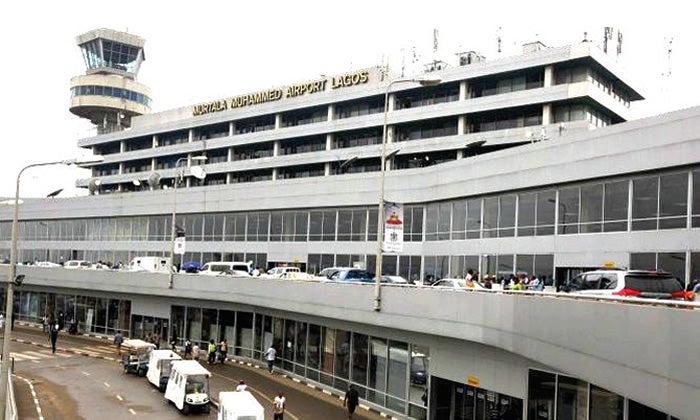 The Federal Government has evacuated some Nigerians who were stranded in the United Kingdom as a result of the coronavirus. Some of the Nigerians arrived at the Murtala Muhammed International Airport, Lagos on Friday about 01:43 pm.

Chairman, Nigerians in Diaspora Commission, Abike Dabiri-Erewa, confirmed their arrival. She said, “The first evacuation from the UK has landed in Lagos. The passengers will be proceeding to Abuja where they will be on 14-day compulsory isolation.”

3. Ahmaud Arbery: Father and son arrested for the murder of high school student

Two Georgia men have been arrested and charged with the death of Ahmaud Arbery, a former high school football star who was shot and killed while jogging in the Satilla Shores neighborhood of Brunswick in February. Retired district attorney investigator Gregory McMichael, 64, and his son Travis McMichael, 34, were charged with murder and aggravated assault.

The McMichaels blocked Arbery with their truck. The younger McMichael got out of the truck with a shotgun and scuffled with Arbery as he tried to run around the vehicle. Gregory McMichael, standing in the truck bed, shot at Arbery with a .357 magnum revolver and Travis McMichael shot him in the abdomen with the shotgun.

The men were later questioned by authorities and according to police, they claimed that there had been several break-ins in the neighborhood and that Arbery was caught on security footage earlier that day, looking into a home under construction on his block.

They said when Arbery was spotted jogging, they contacted the police, then yelled for him to stop before confronting him.

4. One of Trump’s personal valets has tested positive for the coronavirus

A member of the US Navy who serves as one of President Donald Trump’s personal valets has tested positive for the coronavirus, raising concerns about the President’s possible exposure to the virus.

The valets are members of an elite military unit dedicated to the White House and often work very close to the President and first family. Trump was upset when he was informed Wednesday that the valet had tested positive.

A White House source said the valet, a man who has not been identified, exhibited symptoms on Wednesday morning and said the news that someone close to Trump had tested positive for coronavirus was hitting the fan in the West Wing.

Later on Thursday, Trump told reporters he would be tested daily, saying there were “a number of days missed” between when the valet was last tested and when the valet discovered he had the coronavirus.

Odion Ighalo hopes his loan deal at Manchester United is extended until the Premier League season is completed.

The Nigeria striker, 30, moved from Chinese side Shanghai Shenhua in January and has a contract until 31 May.

Premier League bosses hope to resume the season in June but with China’s Super League also intent on a restart, Ighalo may have to return to Shanghai.