Tiwa Savage announces new album titled Celia, Germany donates PPE to the Nigerian Police Force, Germany’s Bundesliga to resume behind closed doors. Stay in the know with our Rave News Digest which summarizes five of the hottest global news you need to catch up on, saving you time and energy. Consider it your daily news fix.

On May 7, 2020, Nigerian superstar and Universal Music artiste, Tiwa Savage announced the title to her long-awaited album,‘Celia.’ The announcement came in via her Twitter account where she tweeted, “Album Time “Celia” UP NEXT.” When she hosted a listening party for her single, ‘49-99‘ in 2019, she told the media that she would release her album in the first or second quarter of 2020. She sure is planning to keep to her end of the promise. For the album Celia, Tiwa Savage worked with Rexxie, Naira Marley, Mayorkun, Wizkid and more.

The German Missions in Nigeria, on Thursday, announced the donation of Personal Protective Equipment to officers of the Nigeria Police Force. In a statement posted on Facebook, the Missions said the gesture was to support the men of the Force who are amongst frontline workers in the fight against the coronavirus pandemic. According to the statement, the donation was received by the Force Criminal Investigation and Intelligence Department in Abuja. It added that German Deputy Ambassador, Helmut Kulitz, handed over the equipment including hand sanitiser, disposable coveralls, sanitizing spray, N95 face masks, handheld digital infra-red temperature readers and disposable latex hand gloves to Deputy Commissioner, Umar Sanda.

Ethiopian Prime Minister Abiy Ahmed has warned that he will abide by the law to punish opposition politicians who try to seize power by exploiting the uncertainty caused by the coronavirus. He said people should not be killed and homes destroyed by those seeking to undermine the authority. The opposition figure, Jawar Mohammed, accused Mr Abiy of intimidation and said it was the governing party that was grabbing power unconstitutionally. Ethiopia was due to hold elections in August but they have been postponed due to COVID-19. There are concerns that the polls will not be held before parliament’s mandate expires in October. Tiwa Savage album Celia

4. France to keep borders closed until at least June 15 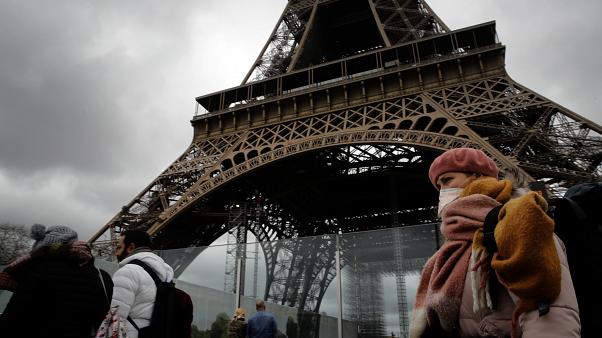 French Interior Minister Christophe Castaner said that following the lifting of the coronavirus lockdown in France on May 11, the country’s borders would remain closed until further notice. “Since the start of the crisis the closure of the borders is the rule, and the authorisation to cross a border is the exception. We have to keep this protection in place, this will not change soon,” Castaner told a televised news conference. He said that the restrictions would remain in place until at least June 15.

5. Germany’s Bundesliga to resume behind closed doors on 16 May

The Bundesliga will resume behind closed doors on 16 May, becoming the first European league to restart following the coronavirus shutdown. One of the games on the day of the relaunch will be the derby between Schalke and Borussia Dortmund. Champions Bayern Munich, who are four points clear at the top of the table, travel to Union Berlin on Sunday. Most teams have nine games to play, with the final weekend of the season rescheduled for 27-28 June. The German Football Association (DFB) said the season would resume under strict health protocols that ban fans from the stadium and require players to have COVID-19 testing.