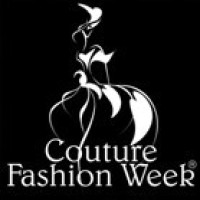 Posted by couturefashionweek on August 4, 2010

One of Nigeria’s top fashion designers, Zizi Cardow launched her own signature fashion label in 2000 with a view to globalizing distinctive African prints. Within a year, Ms. Cardow began to win a number of prestigious fashion awards for her impeccable designs, including Best Designer Nigeria (2001), St. Moritz Style Selection (2002), and Fashion & Life Achievement Award (2008). In 2002 she received the DAME Award for outstanding achievement in fashion at an event attended by Nigeria’s President Chief Olusegun Obasanjo. She has been named an Ambassador for Fashion by the Imo State Chamber of Commerce. Also in 2002, her “Jungle Renaissance” fashion show was widely covered and acclaimed by media worldwide, including CNN Germany and CNN Italy. Her collections have been shown on runways in Paris, Milan, Cape Town and Israel, and her international clientele includes first ladies and A-listers on Nigeria’s social scene. In 2005 Ms. Cardow represented Nigeria in the Africando fashion and arts exhibition in Milan, an event attended by the mayor of Milan, dignitaries and foreign ambassadors.

Zizi Cardow recently celebrated the 10th anniversary of her fashion label with a gala evening and runway show attended by celebrities, dignitaries and other VIPs at the Eko Hotel in Lagos.

In addition to her numerous fashion accomplishments, Ms. Cardow is greatly involved in various mentorship and youth programs. Her efforts in these areas have also been recognized with such distinctions as the African Role Model Leadership Gold Award (2007), Pillar of National Development Gold Award (2007), Nigeria Enterprise Award for Excellence (2008) and Great Legend of Africa Gold Award (2008).

Posted by couturefashionweek on February 1, 2010

In her second appearance at Couture Fashion Week, Lagos-based designer Joan Isisoma Okorodudu will present her latest collection for the House of Jola fashion label. The runway show will be held at 3:00 p.m. on Saturday, February 13, 2010 in the iconic Grand Ballrom at the world-famous Waldorf-Astoria Hotel on New York’s Park Avenue. Part of a collective of outstanding Nigerian designers, the show promises to be a festive and memorable event.

Ms. Okorodudu’s debut at Couture Fashion Week in September 2009 was a vibrant success, featuring a delightful group of creative and original ensembles for men and women. The show included a riveting performance by Nigerian singing sensation Iyanya, winner of MTN’s Project Fame.

Fashion designer, entrepreneur and former championship athlete Joan Isisoma Okorodudu was born into a noble family in the Aniocha North region of Delta State, Nigeria. She graduated from Boston University in the United States where she set various records in track and field and was named MVP in 1980. Her athletic accomplishments include being part of the record-breaking 4 by 400 meter Nigerian women’s relay team at the 1980 pre-Olympics in Stuttgart, Germany. Ms. Okorodudu went on to pursue her fashion career, opening her own boutique in Wilmington, Delaware. Since relocating back to Nigeria, her prestigious label, House of Jola, has participated in numerous fashion events including South Africa Fashion Week, Nigeria Fashion Week and Washington D.C. Fashion Week.

“We are delighted Ms. Okorodudu will be returning to Couture Fashion Week,” says event producer Andres Aquino. “Her efforts have assembled a stellar lineup of Nigerian designers, models, press and celebrities to be part of this season’s event in New York, and her work last season has resulted in major press coverage throughout Africa.”

Joan Okorodudu has become an African fashion icon and has been interviewed by top international media such as Reuters, Associated Press and Der Spiegel, one of Europe’s largest publications. She is the founder of Lagos Ageless Clinique as well as the very popular TV show Nigeria’s Next Supermodel which has launched the careers of many successful models including Isi Atagamen, Amaka Chirah and Bunmi Ademokoya, who went on to win Best Model of the World 2007 in Istanbul. Models from Ms. Okorodudu’s highly successful Isis Modeling Agency (Lagos/Johannesburg) have graced top runways from Johannesburg to Paris, from Sanlam to New York, and several of her models participated in last season’s Couture Fashion Week New York. Ms. Okorodudu is also the CEO of International Business Consortium Nigeria Ltd.

Posted by couturefashionweek on December 25, 2009

Posted by couturefashionweek on November 7, 2009