Nigerias tradition of matching outfits at events has a downside 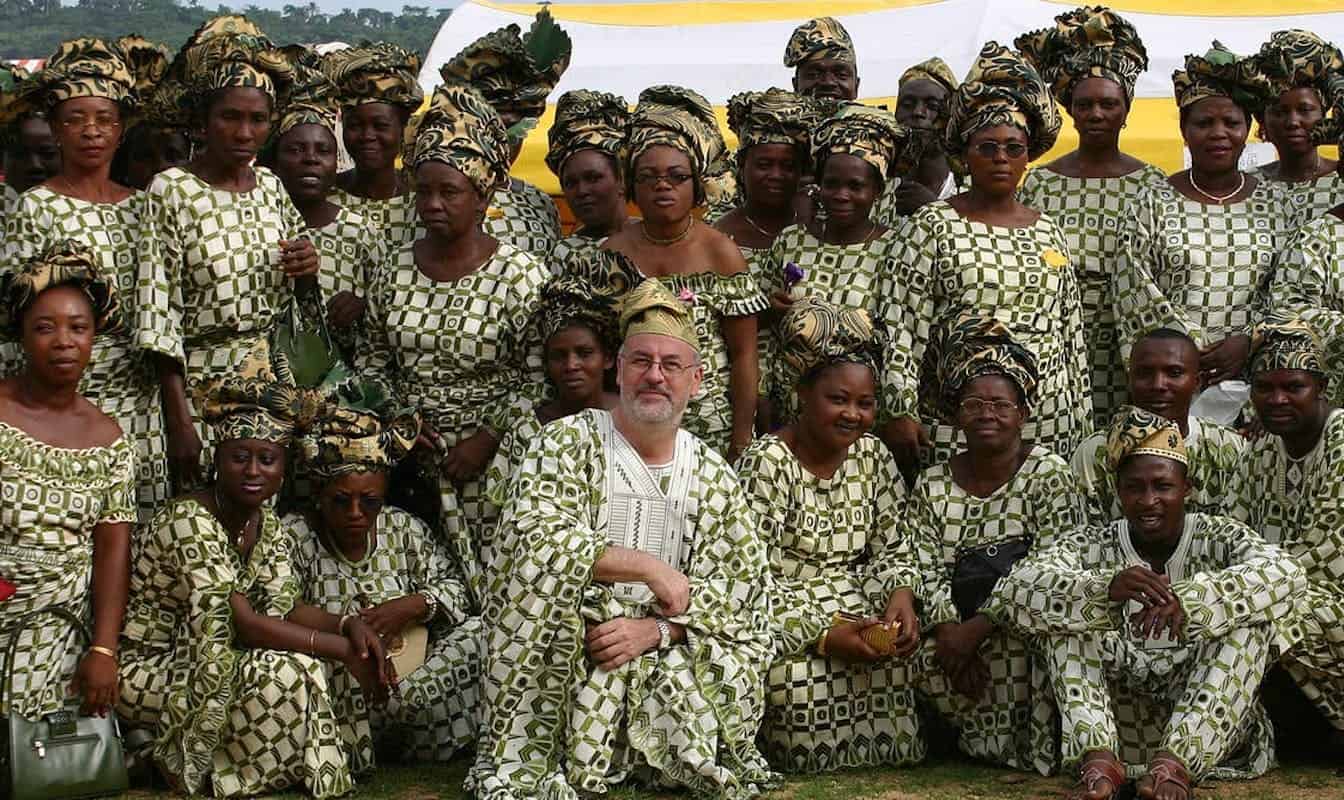 This communal cultural tradition serves to publicly display one’s social relations. Sociability among the Yoruba can be said to be centred around family ties.

But in time, aso ebi has come to include distant relatives and friends, birthing new and unintended forms of social anxiety. Although my study on aso ebi was published in 2014, the findings remain relevant. If anything, the practice is growing among Nigerians.

While the intended functions of aso ebi remain a show of love, identification, solidarity and social bonding, its commodification is also leading to conflict and the unequal treatment of party attendees.

This is because those lacking the financial power to buy the clothes are left out in the distribution of souvenirs and even food. They experience social exclusion, embarrassment and withdrawal from group participation. The commodification of aso ebi frustrates its intended social bonding.

A Nigerian bride is surrounded by her bridesmaids and friends, who are dressed in aso ebi.
Paschal Okwara/Shutterstock

The origin of the aso ebi tradition is unknown, but our participants over the age of 60 believed it came about mainly to identify immediate family at funerals. A culture expert participating in our study said:

The purpose of aso ebi is to easily identify the children of the deceased during funerals, and not relatives nor friends and not for other occasions.

However, younger participants believed that aso ebi was any cloth chosen for any occasion.

The inherent purpose of buying uniform dress is closely tied to the idea of solidarity. When many people are communally clad, it suggests that the party host is popular and well networked. Party conveners are sometimes evaluated on the turnout of people at their event. A large crowd of attendees confers honour on the organiser among their family and friends.

From funerals to fashion

But for certain traditional practices to remain suitable, they must reflect modification in terms of content and purpose. In contemporary times, aso ebi has undergone transformations. Its use has been extended from family members (ebi) to co-workers (alabasisepo), friends (ore), alajogbe (co-residents), neighbours (aladugbo) and other well-wishers.

People unrelated by blood but connected socially form a new order of social relations. Party-goers support the celebrant in cash, gifts and in kind by becoming involved in planning the event. Although people welcome cash support, attendance boosts the morale and social value of the event. It also adds aesthetics in the form of fashion. A female civil servant in our study said:

The main reason that we buy and sell aso ebi is to make the event colourful, unique and beautiful.

The unique colours and styles of the aso ebi wearers adds value to an event.

Attending the social event is as important as agreeing to buy the cloth for it. People are invited through invitation cards and reminded through text messages on their phones. A poorly attended event can be a shameful affair and so a broader group of social connections is now invited to the event. A participant in our study asserted:

I have attended weddings that I did not know the couple at all or the families of the couple but I wore the same aso ebi that everybody wore at the occasion. This is not the way it is supposed to be.

Solidarity is reciprocated consciously or unconsciously in the culture of aso ebi. This is in line with the Yoruba maxim, “Gbami nigba ojo, kingba e nigba erun”, “One good turn deserves another.”

A person who does not rally round a celebrant may not be given support from the organiser of the event. Embedded in this is the purchase and wearing of aso ebi, which may be the basis of social differentiation at the event. The seating arrangement, serving of food and distribution of gifts are at stake.

A participant in our study told us that she attended the wedding ceremony of a junior colleague and could not spare the money to buy the aso ebi, which was sequins and satin lace. The price was put at N11,500 (US$76). She decided to use what she had to buy a gift for her colleague, but paid the social price for that decision when she arrived at the wedding:

We were not allowed to enter the venue because they said they wanted people of a high class to have a seat. Seats had name tags but my colleagues defiantly occupied a table, at least four of whom had bought the aso ebi. But trays of food were passing over our heads without any being placed on our table. It took about one hour before there was anything to eat. At that point I stood up and left because I felt so bad.

Those who cannot buy aso ebi and stay away from events may be avoiding being hurt or embarrassed, but they stand to lose the opportunities that lie in group convergence and networking.

This article is republished from The Conversation under a Creative Commons license. Read the original article.